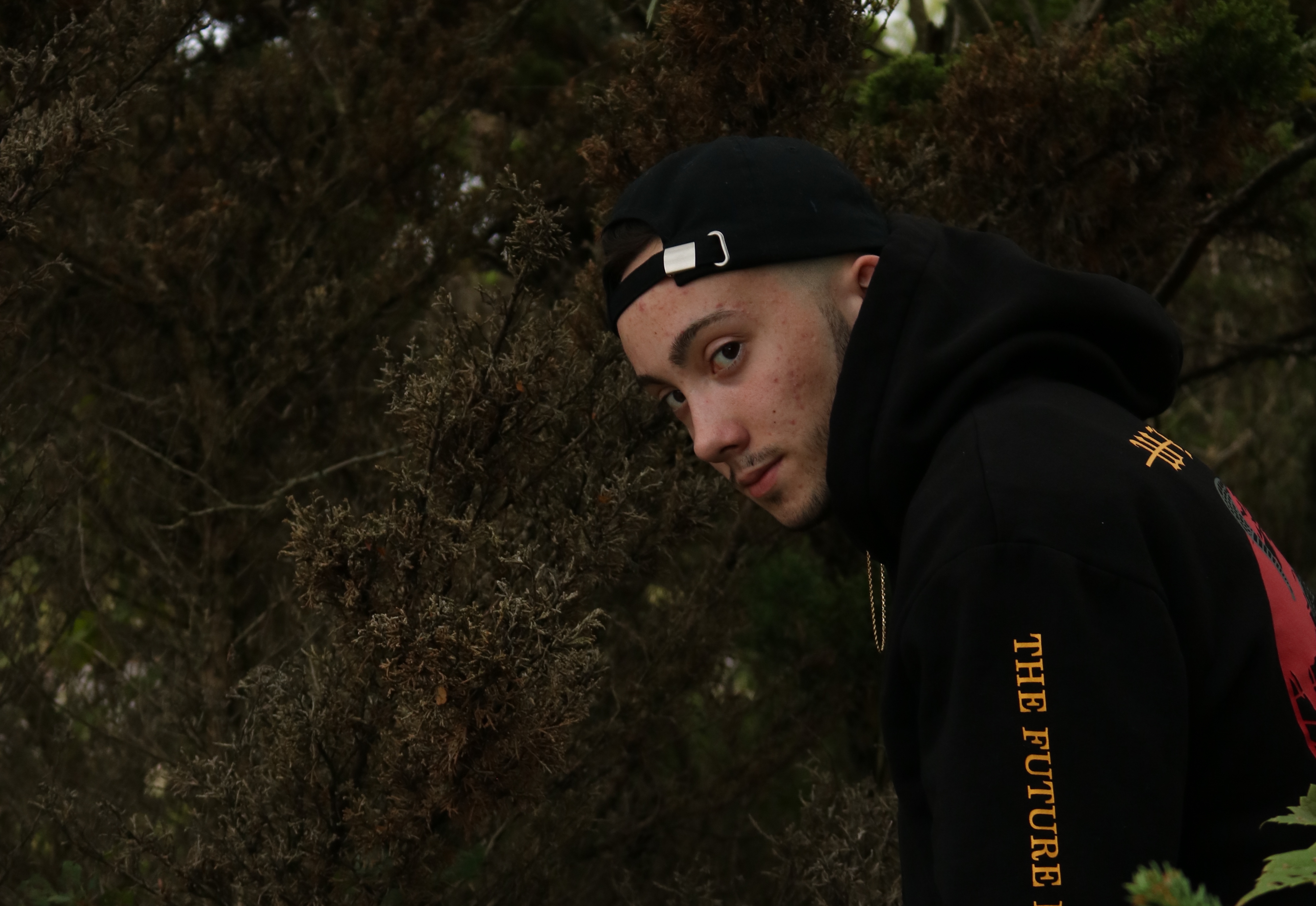 Jaiden Stephens' stage name may allude to the cultural phenomenon that surrounds artists' reckless lifestyles, but 19 year old 27CLUB is rewriting a new standard for youth artistry. Today we're debuting a preview of his first single of 2020 "Fast Lane," a branded party anthem with a jaded attitude for when you're busy doing you. The punk influenced hip-hop artist first caught eyes in 2017 with his single "Groupie," contrasting melancholy acoustic guitar riffs with heavy trap drums and singalong hooks – an addictive recipe. The Pittsburgh native follows in the footsteps of hometown heroes Wiz Khalifa and Mac Miller, but meanders between the lines of any one genre.

He's since expanded his sound with his feature on Arizona Zervas' "Drinking Problem" (a remix of his single "Rehab"), which he says "I'm scared of death and I mean that," further touching on the dangerous path fame brings. Despite nearly one million monthly listeners on Spotify, the humble songwriter continues to share his stories of teenage angst as he grows in popularity.