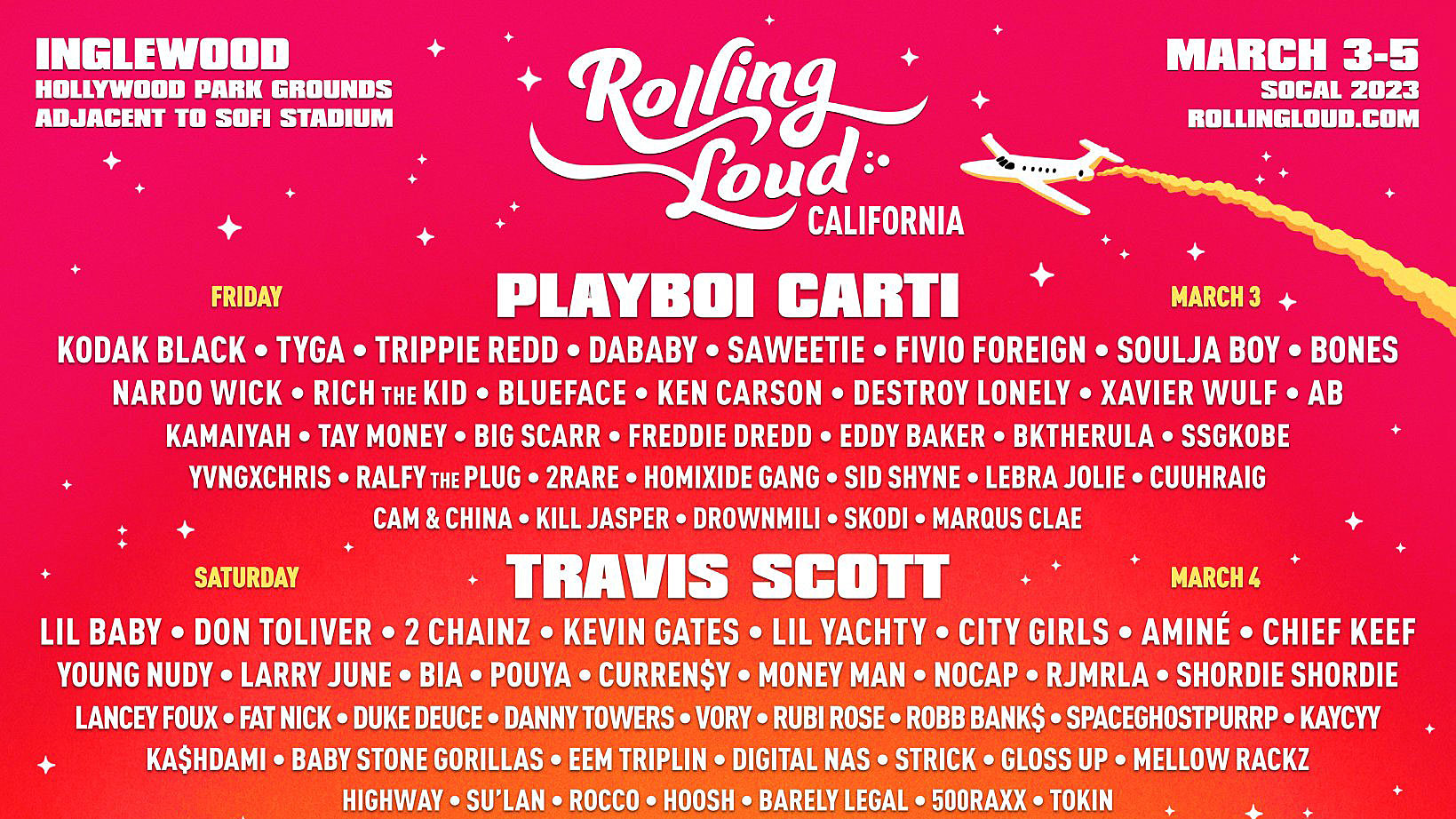 Rolling Loud is headed back to Los Angeles on March 3-5, 2023 and we are in for a star-studded three days. Between Playboi Carti headlining his first Rolling Loud and Travis Scott returning to his first festival in over a year, we are in for a special weekend. There are also plenty under the radar artists to look out for. Here are 5 underrated artists you should check out at Rolling Loud California:

I can’t think of many performers between mainstream and underground that can put on a show quite like Yvngxchris. His raw flows over unbelievable beats make for a top-tier concert experience. He opened for Lil Tecca on his recent tour and had my mind blown from the start. He reminds me a bit of Travis Scott the way he controls the crowd and keeps them engaged. I know for certain he is going to be regarded as one of the great performers with time.

I’d say Highway is one of the more underrated artists in the underground right now, as his infectious melodies add the icing on the cake that are his invigorating bars. The Seattle MC’s ability to twist different genres of hip hop from 90s Atlanta grunge movement to the current rap scene in the city is something very unique to him. The rising star is surely going to put on a memorable experience worth checking out.

I think it is time for people to stop sleeping on Pennsylvania’s next big artist, Eem Triplin. Rolling Loud recently gifted him an Xbox for 13 people showing up to his set. This time around, I expect hundreds, as his music is worthy of it. His breakout song, “AWKWARD FREESTYLE” showcases the off kilter style of rap that makes his sound so invigorating. I am really excited to see him continue to level up his sound and I can’t wait to see him perform in front of packed out crowds.

Similar to Yvngxchris, I can’t think of many artists, if any at all with the amount of energy as JELEEL! provides for his fans. A lot of his energy comes from pure engagement with the audience. If you go to his set, expect backflips and twirls into the crowd. I recently saw him perform at a small show held by Hive Mind, and he made it feel like an arena. His energy is worth every second of your time.

I was able to catch Jasiah at that same Hive Mind show after Jeleel! along with his Lollapalooza performance and let me tell you, both shows had the same exact energy. Jasiah’s shows feel like a hard metal concert and he too goes into the crowd and engages with them. His music is darker in nature, but they are incredibly hard and perfect for mospits.

5 Underground Artists You Should Be Listening To [March 2022]

5 Performers to Look Out for at Rolling Loud Miami