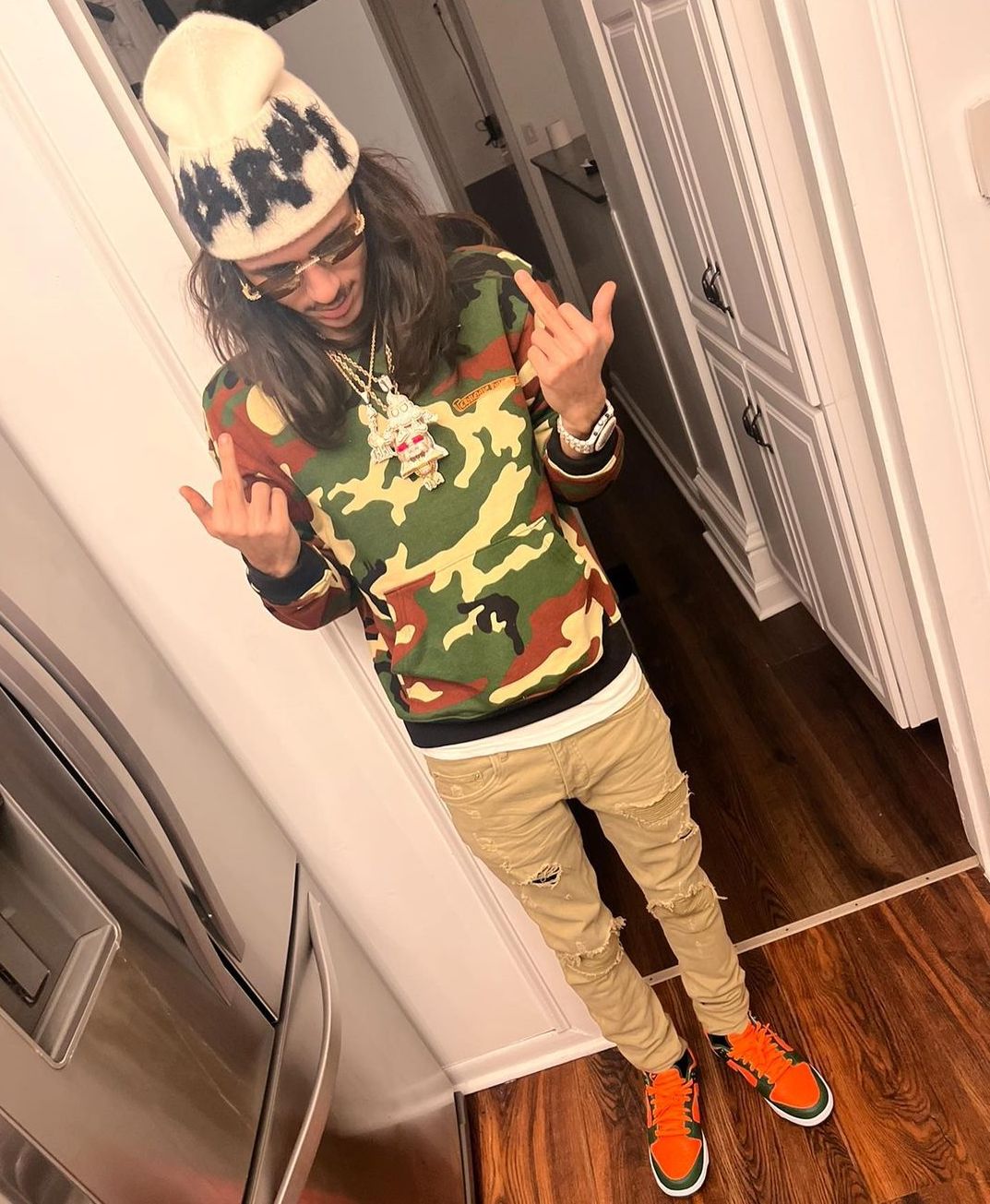 It’s easy to get lost in the internet rap scene, in an age where any other rapper can emerge through instant virality, it's difficult not to become diluted amongst others. BabyTron, from Detroit, Michigan, has had no such problem distinguishing himself. With a reputation for elaborate lyrical references and erratic gimmicks the young rapper has gone from underground to one to watch through an unconventional rawness that lies in the unpredictability of his tracks. Delivering to his fervent cult following, BabyTron’s most recent album, Bin Reaper 3: New Testament, the third album in the Bin Reaper trilogy, takes listeners through sports references and pop culture moments while he raps about the life of a rapper on the come up.

Drawing from 80s rap and hip hop sounds, BabyTron who grew up listening to groups like Doughboyz Cash Out and Team Eastside, opts for retro samples, flipping them into underground trap beats. While carelessly throwing around a mix of old and arbitrary sounds to rap on top of, from Lisa Lisa & Cult Jam to the Kenan and Kel theme song, BabyTron’s deadpan drill whizzes over the verses like someone who could freestyle over any beat thrown at him, which he probably can.

The 23 track album, starts with Forever $cams, a track that has BabyTron taking smack to his opps over samples from Ted the movie and Ned's declassified High School Survival guide, a paradoxical theme that follows throughout the album. Unlike his previous albums, BabyTron features a couple big names in the New Testament. Artists like Lil Yachty who appears on Gimme Dat, Cordae on Beetleborgs, along with Rico Nasty are among the few that appear on his album, all mimicking his signature quick jerk flow.

The body of the album is cryptically entertaining, with every verse and beat switch BabyTron finds the opportunity for an entirely new hook that draws attention to his long winded yet ingenious bars. In CatDog, BabyTron raps “It was three digits in the clip until his man ran off, dumb decision, gave him half, Zach Randolph.” Meaning — three digits in the clip means tron had 100 in the clip until his man ran off. Tron proceeded to shoot half the clip at his opp, leaving him with 50 bullets in the clip. Zach Randolf is an NBA player who wore the number 50. In another song, “Mr. Hanky,” the artist says, “You try and take half a dollar from me, you gon’ die trying.” Half a dollar is 50 cents, 50 cent is a rapper with an album titled “get rich or die trying.” Lines like appear on almost every verse on the album, spitting out versus like these is a testament to BabyTron's raw talent as a lyricist, who’s compulsive monotone droll seems to be the key to his digital fame.

There's no one else like BabyTron in the industry right now. After consistently dropping projects one after the other for the last three years, the Detroit rapper has proved his noteworthy presence within the music scene. Coming out of 2022 with a spot in the XXL Freshman class, 2023 is sure to bring him even more opportunity to showcase his ambitious and eccentric energy he brings to his fans.

mike. And Skeez Team Up for Their First Collaborative Project ‘why not us?’ [Album Review]

The Astronomers Come Through With Their Album, 'The Occasion' [Album Review]