Get to Know Kid Bloom [Interview] 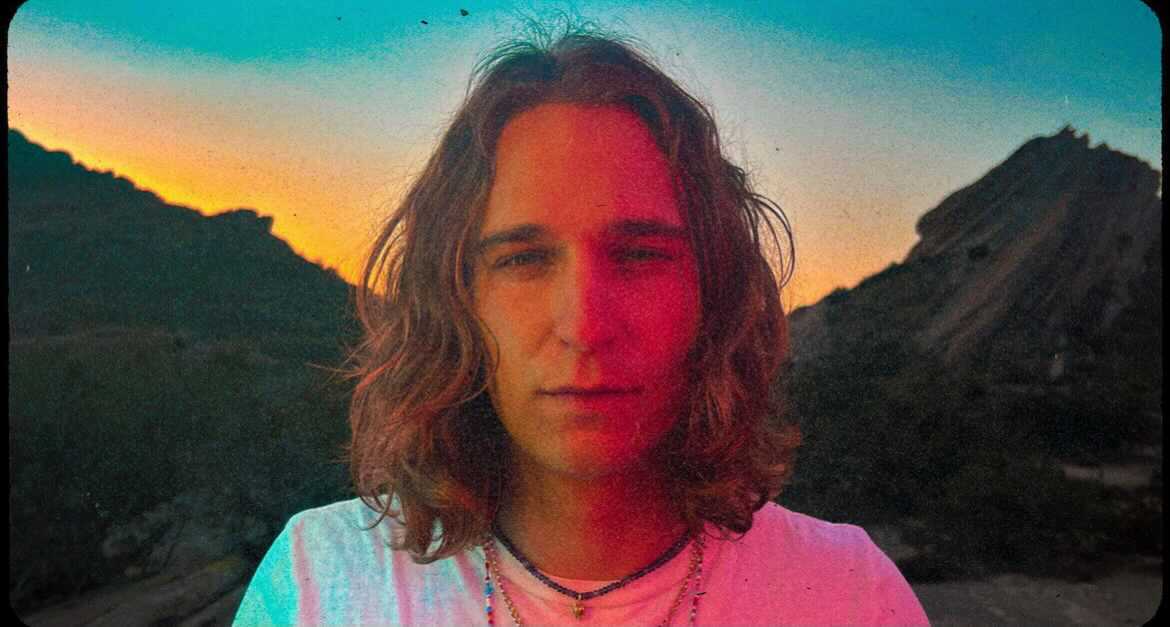 If there is somebody who is having a strong 2022, it is Kid Bloom. He has toured with Bad Suns, released three singles, his debut album, Highway, and is doing a national headlining tour in the fall. Get to know more about Kid Bloom below:

Before going into your debut album, Highway, you’ve already released three singles with your most recent being “Have U Seen Her.” What was the direction of that track in particular?

That one was super fun. I think it was a little bit more immediate than most of the songs on the rest of the record or most of the stuff that I've ever written or made. I think it just came. The music part of it came out in the studio just like messing around with synths, and then the rest was easy going. Just like pop drums, and it was just already so fast and energetic that it didn't really mean much.

You also have two other singles that came out this year that really showcase the versatility you have as an artist. How has your sound evolved over time?

I'm honestly still figuring that out. It's always changing. The second I turned everything in for this project, I was already past it, I evolved into something a little bit different. I think it was an adventure. It’s like a collection of an art of where I was and where I wanted to be and where I thought I was. Then out of that just kind of came all these different little pockets of music that are different from each other, which I think is cool. In some ways, they kind of have a lineage to each other. As far as the songs are concerned, I think there's like three of them on the project that are a little bit more forward-leaning than most of the stuff I've ever done, which is exciting.

What can fans expect from, Highway.

I'm really excited for it. I think the response to most of the songs have been really sick already. And I'm just so excited to put this out into the world and then start working on the next one. I think there's a lot of meaning. There's a lot of emotion in the album. It's definitely some of the more emotional stuff I've put out in a while.

Who inspires your sound? Where do you get inspiration from just in general?

I think it comes from a lot of different places. I love music, and I love everything about it. I think there's like a famous quote that some woman, I forget her name. She said that there's 12 notes and you should really check out what other people have done with them. I think that's important because there's like people that sit in a room and they're like, “I haven't listened to music for two years and made this album.” I'm like, “You know, that's cool. I respect that.” I love the idea of being a mirror and putting your own spin on it because the second you don't sound like you're trying to imitate is the second when you sound original. I think I'm inspired by all sorts of artists, whether it's The Beatles and Stevie Wonder to Tame Impala who I love so much.

I know you kind of talked about just messing around on the synths. What is your creative process when you go in and record a song? Is it just you messing around and whatever you like, whatever comes out is what happens?

I think it's super different every time, but I love getting the song straight on an instrument, which is really helpful because then the production is like icing on it. A lot of the time it's just making a beat or something. And by beat I mean just recording something until you react and then getting the songwriting process going. For the most part, I think for me, the melodies and the lyrics come after the music.

What's your music background? What got you wanting to become an artist growing up? Take me through your story coming up.

When I was in high school, I was super into the guitar and playing the guitar. I think that's ultimately what got me into this was like wanting to be a guitar God when I was a little kid. Just you know like looking up to like Angus Young and people like that. Out of high school, it was a lot of sports and then out of the sports, I started wanting to do more and more music, and then I went to college for music for like a quick second just because all the kids around me were going to college so I thought I had to as well. So I went to Berkeley College of Music for a semester, and I hated it so much that I came right back. After that, with some friends, started this band which, at the time, was called Kid Bloom. Everyone went their own ways, and the project became more my thing. It's been an up and down journey for sure. It's come out to being something that I'm pretty proud of and keeps me on a good path, which is great because I wasn't always on one.

I know you mentioned Kid Bloom started out as a band and now it's just you. How did the name Kid Bloom come about?

I've always had this idea for it and there was always this cartoon character I drew on my stuff in school. It was this dude with crazy hair. I would write Kid Bloom underneath it. It was just that. It was not much to it.

When did you know it was time to take music seriously? When were you like, “Okay, it's fun. But now, I can really make a living off of it?”

I was always able to be like, “Okay, this is what I want to do. And if it doesn't happen right away, that's okay. I think that's a good way to approach anything in your life is really be in it for the right reasons. I feel like the universe has a tendency to give the right things back or anything for that matter. But that being said, I think I always went for it, like, just do it. When I got older, it started to get a little bit more serious. I think I actually was the one that didn't take it seriously. I think I was the one that when it all started happening was like, “Ah, whatever.” And now, after a couple years of soul searching with the parallel of trying to make music as well, for the sake of making music, I think it just changed into the whole energy of what I do. It has changed more into being a little bit more of a businessman about it as well as keeping a little bit of that same spirit from the beginning of just doing it and letting it go.

Was there like a specific moment where that perspective changed?

I think, weirdly enough, out of my experience, that moment came from hardship. When I might have lost my grip on things a little bit and lost sight of who I really want it to be, I think out of that is where I was like, “Okay, I need to really look in to look out, and I think I did that, and I'm still doing that. That's what moves you forward.

Fast forward to now and you just got touring with Bad Suns. How did it feel getting on stage after the pandemic and connecting with your fans again?

It was amazing. It was way more surreal than I had expected it to be because you're just cooped up inside for so long. To a certain degree, I totally forgot I could do it. You know what I mean? You go out there and you're like, “oh, okay. It's not impossible to do.” It was very fulfilling. It was really fun.

How did the pandemic change your perspective on music or life in general?

I think it did for almost everyone. It changed my outlook on life a lot. I think for me, it brought me back to like, ”I do this, and it’s why I want to do this. I think that's part of it too. I wanted, at the end of the day, just to make music that made me happy and proud. That's when I think I kind of lost sight of a little bit before everything happened. Now through the pandemic. I'm actually very grateful for the fact of that.

Now you're going to be doing a national headlining tour. How pumped are you for that?

I literally don't even know, dude. It is crazy. I will be honest with you. It is something I never really want to lose sight of. 14-year-old me would be very proud. There is a lot that goes into this stuff. It’s a long way to the top, if you want to rock and roll, but then when those things come, you have a moment to be grateful for them.

Where are you excited to travel?

Final question to top things off. What do you do to escape music? What kind of hobbies do you have?

This is a great question. I love this question, because this is something that I've been experimenting with more and more. Something as simple as forcing yourself to be somewhere with beautiful weather. The beach, for me, is the easiest place to do that. Just going to the beach, and taking all that beauty. It's meditation in and of itself, because then you are just like away from everything. However, sports are great and video games as well.

Get to Know young friend [Interview]

Get to Know Cosmo's Midnight [Interview]

Get to Know Khaid [Interview]

Get to Know Its2Ezzy [Interview]