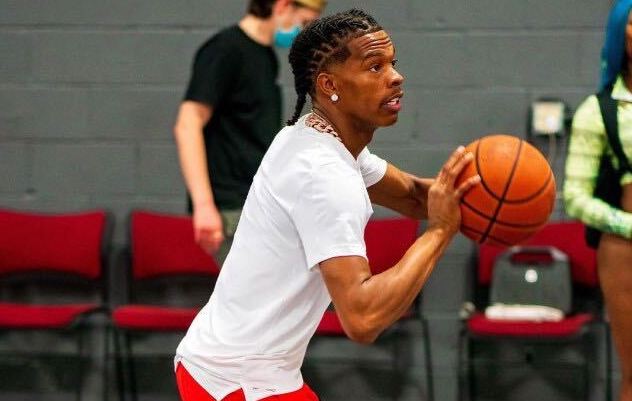 Over the weekend, some of the biggest names in rap took their talents to the basketball court. During NBA All-Star weekend, Bleacher Report hosted a 2 on 2 matchup where Lil Baby and 2Chainz went up against Quavo and Jack Harlow. The winning team would receive $500k plus an additional $500k that would be donated to the HBCU of the winners' choice.

A lot was on stake and the game ended up being an extremely easy win for Quavo and Jack Harlow. Quavo was without a doubt the best player on the floor and quite possibly could be the best hip-hop basketball player out there. He put the team on his back with an incredible stat line. The game was only to 21 points, and Quavo accounted for 17 of them, and also had 14 rebounds plus 4 blocks.

Now let’s get to Lil Baby’s performance and why he should never step on the court again. Lil Baby was talking smack to Jack Harlow via social media before the game, so most of us thought he’d maybe play a decent game and hold it down for his team. Well, he didn’t do that – and quite frankly was of little use during the game, it almost seemed as if he’s never picked up a ball before. Ultimately, it turned into 1 vs 2, and although 2Chainz did play division one basketball at Alabama State University, it simply wasn’t enough to keep the battle competitive. Celebrities playing ball will always be entertaining, but I’m hoping moving forward we can get players who take it seriously and don’t just do it for the bag. Lil Baby you’re an incredible rapper, so stick to what you’re good at.