Get To Know Petey Martin [Interview] 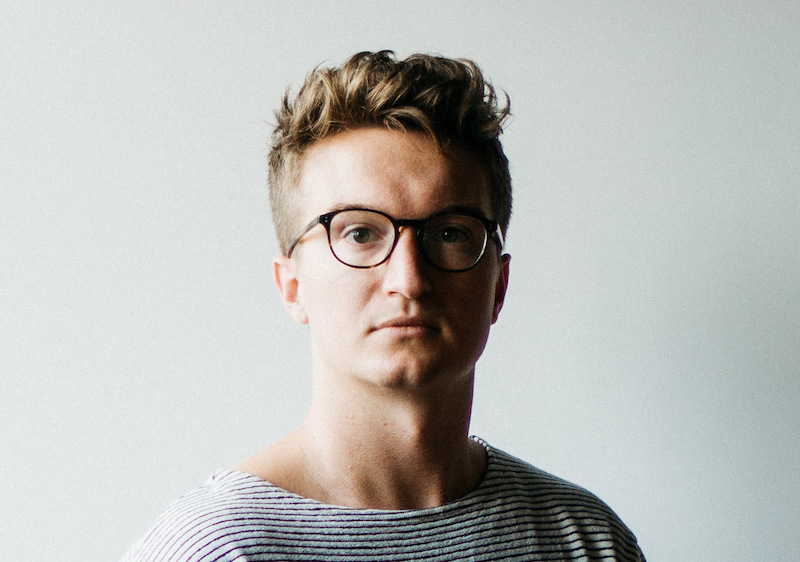 Multitalented producer Petey Martin has spent time writing and producing for movies like Deadpool 2, as well as writing and producing for Kygo. With the release of his debut Palm Tree Records single “Come Back Home,” Petey Martin is stepping out of the shadows and into the limelight. Featuring GRAMMY winner Lauren Daigle, “Come Back Home” quickly shot up the EDM charts, commanding it’s well-deserved attention. As Petey emerges from behind the scenes, we wanted to get to know the surging producer. Meet Petey Martin in this Deep Dive.

First of all, congratulations on the feedback you’ve been receiving for “Come Back Home,” it really is a beautiful track. Tell me about how that song came to fruition!

Thank you so much! A buddy of mine sent me a demo called ‘Come Back Home’ right after my grandma died. My grandma bought me my first guitar and was a major influence for me. I listened to the demo while I was back home in Michigan for her funeral and the song just wrecked me. I had brought all my gear with me because I knew I wanted to stay home awhile to be with family and make music on the lake. ‘Come Back Home’ was the first song I worked on while I was home. I threw the vocal into Logic and a few hours later I was basically done with the track. I bounced it to my iPhone and took it out on the boat with my family and friends and we all knew it was special.

How was it working with a GRAMMY winner like Lauren Daigle? How did you guys link up?

She is truly one of a kind. Her voice and her energy are incredible. We sent her manager the song and they hit us back five minutes later freaking out. Lauren wanted to write a new 2nd verse before recording her vocals. About a month later she was able to come to Nashville and we jumped in the studio and finished the song.

As a producer I’m sure you’ll be collaborating with distinguished artists throughout your whole career. Who’s your favorite collaborator to this point? Someone you’d like to collaborate with in the future?

Kygo is hands down my favorite person to collaborate with. The best part to experience is what happens after handing off an idea to him. I get chills every time he sends it back and I hear where he’s taken it. It’s like magic. I’d love to one day be able to work with U2 and Coldplay. You don’t top that.

Now that you’re with Palm Tree Records, you’ll be working right alongside Kygo. Tell me a little bit about your relationship with him and the label.

I owe so much of my success to Kygo. Not only because he’s given me a platform to stand on, but I’ve learned so much from making magic with him, watching his live show (which is one of the best in the world) and the team he has created is the best in the business. It’s a family. I honestly thought of myself a bit more as a songwriter than a producer before I worked with them. They were the first ones to really believe in me as a producer and they pushed me every step of the way to producing hits and creating my sound.

Keeping with that theme, it’s obvious that your music has such a freeing sound, similar to what Kygo is known for. I know you wrote and produced five songs on Kygo’s Golden Hour album. Which of those songs are you most proud of?

I read an interview with Chris Martin and he said he believes when we die, we get one final big show. That’s what I want my music to feel like. That’s what I want my show to feel like. I want it to feel like Heaven. So if Kygo created Tropical House, then maybe I’ll call my sound Heaven House haha. I’m honestly proud of every single one of those songs. ‘Like It Is’ feels like a bit of an achievement because it’s our biggest song together yet, but the entire experience doing those sessions for the Golden Hour album, each one brings back a great memory. I wouldn’t single out any of them. We both love Haux a lot, that one was a great way to end the album.

Let’s dream about live events coming back for a quick second. If you could pack out one venue down the road, which would you choose? Tell me about your favorite concert or set you’ve ever watched.

The O2 & Glastonbury. Playing both of those places has always been my dream. I’ve never actually been to either one, but I grew up watching live performances on YouTube of my favorite bands selling them out.

The three biggest musical influences in your life. Go.

Tell me about yourself beyond the music. Who is Petey Martin? Hobbies? Hometown? Favorite food?

I love long walks on the beach and chick flicks. I’d add a jk, jk, but I’m not. Harry Potter, Charles Dickens, Ernest Hemingway. Basketball. Running. Wine over beer always. Tequila over everything else. I believe ice cream should be eaten every day and twice if you’ve worked out. Pasta and sushi are the best. I’m from a town called Hillsdale, Michigan which most people don’t know exists and that’s ok, we like it that way. My favorite place to be is on the lake.

If it wasn’t music for you, what would you make a career doing?

I was really good at math growing up. As a high school student, I studied Calc II & Calc III at the local college. It was either music or doing something in mathematics.

What’s next for Petey Martin? Anything in the works?

So much music. I’m writing and producing for a lot of different artists. Sam Feldt & Kesha just released a new record I wrote and produced called ‘Stronger’ and I’m working on finishing up a handful of solo songs too :)

Get To Know Griff Clawson [Interview]

Get To Know Avery Lynch [Interview]

Get To Know Annika Wells [Interview]

Get To Know Huron John [Interview]