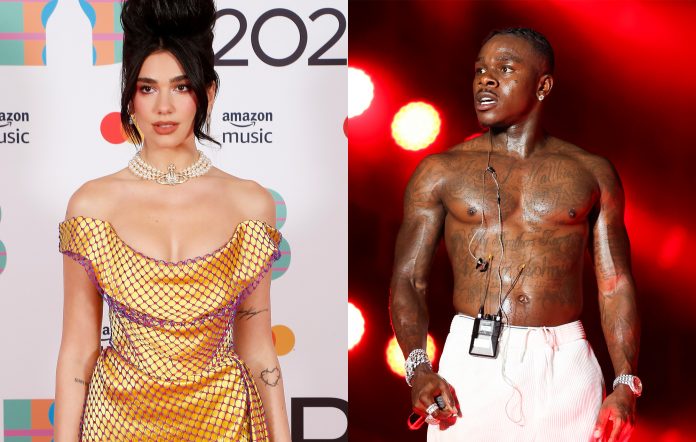 If you haven’t already heard by now, DaBaby made quite a few homophobic comments on Sunday night during his performance at Rolling Loud Miami. In the video that went viral, he is heard encouraging audience members to use their flashlights. However, he only encouraged audience members who “didn’t show up with HIV/AIDS or other STDs that’ll make you die in 2-3 weeks.” He further added that only male members of the crowd who didn’t “suck a n**** d*ck in the parking lot” should put up their flashlights as well.

Dua Lipa, who collaborated with DaBaby on her remix of the Future Nostalgia song, “Levitating,” shared a reply to his rant in an Instagram story. She stated, “I am surprised and horrified at DaBaby’s comments.” She added, “I really don’t recognize this as the person I worked with. I know my fans know where my heart lies and that I stand 100% with the LGBTQ community. We need to come together to fight the stigma and ignorance around HIV/AIDS.

”DaBaby shared a Tweet about the backlash surrounding his remarks which said, “anybody who done ever been affected by HIV/AIDS y’all got the right to be upset, what I said was insensitive even though I have no intentions on offending anybody, so my apologies.” He also stated, “by the LGBT community… I ain’t trippin on y’all, do you. Y’all business is y’all business.” See this Tweet below: