Who is Robin Vanguard? 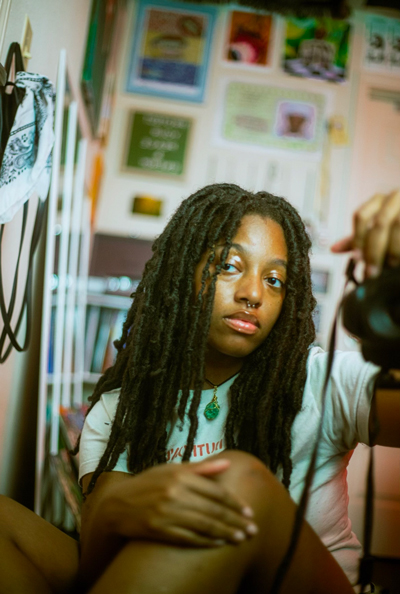 Answering who Robin Vanguard is may be a daunting question to ask to say the least. Charlotte, NC native, creative director, model, photographer, and college student are just a few ways to classify vanguard. But above all else, she's a writer.

Whether she’s writing books, articles, magazine issues, or designing Nike dunks under her real name: Arial Robinson; or writing sultry R&B under her stage name: Robin Vanguard… she’s a writer to her core.

Before the release of her first EP, “It’s Getting Mad Weird in Here,” Vanguard dropped YouTube remixes sporadically. Totaling over 100k views on her remix of Summer Walker and SZA’s “No Love,” Robin displays her fusion of ’90s and modern R&B with brushes of electronic elements.

Although it’s short in length as a project, the three-song, “It’s Getting Mad Weird in Here” is quite revealing, it’s an amalgamation of what it took Vanguard to get to this transitional period of her life.

“1of1” has been etched in stone in my rotation since its release. The track makes Robin’s empowering, revealing, theatrical debut even more satisfying, The EP is Vanguard’s official entrée into the world of music, and we can’t wait to see what’s next for the Charlotte native.

Get To Know MIA GLADSTONE [Interview]