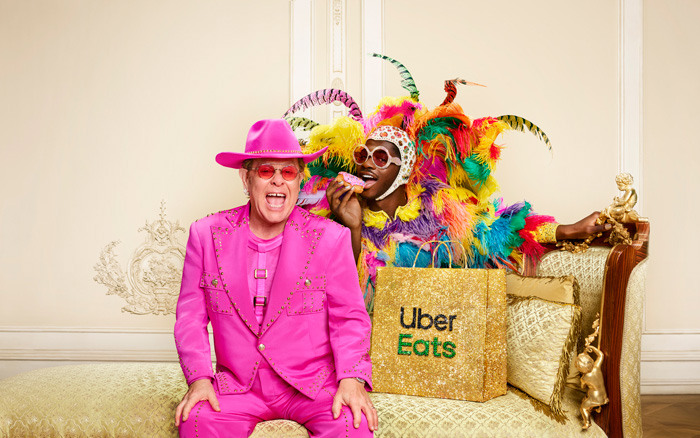 The celebrity pairing we didn't know we needed – Elton John and Lil Nas X team up in the "Tonight I'll Be Eating" Uber Eats campaign.

The two are seen trading outfits, with John wearing Lil Nas X's signature pink cowboy outfit, while Nas X is dripped in John's iconic "Crocodile Rock" rainbow feather costume from 1972. Nas X and John have been collaborating pretty frequently with each other, including tracks on both of their upcoming albums. Check out one of the commercials apart of the campaign below:

Video Games, Vinyls, Charts, and Live Music - How Are Gen Z Finding Their Music in 2021?