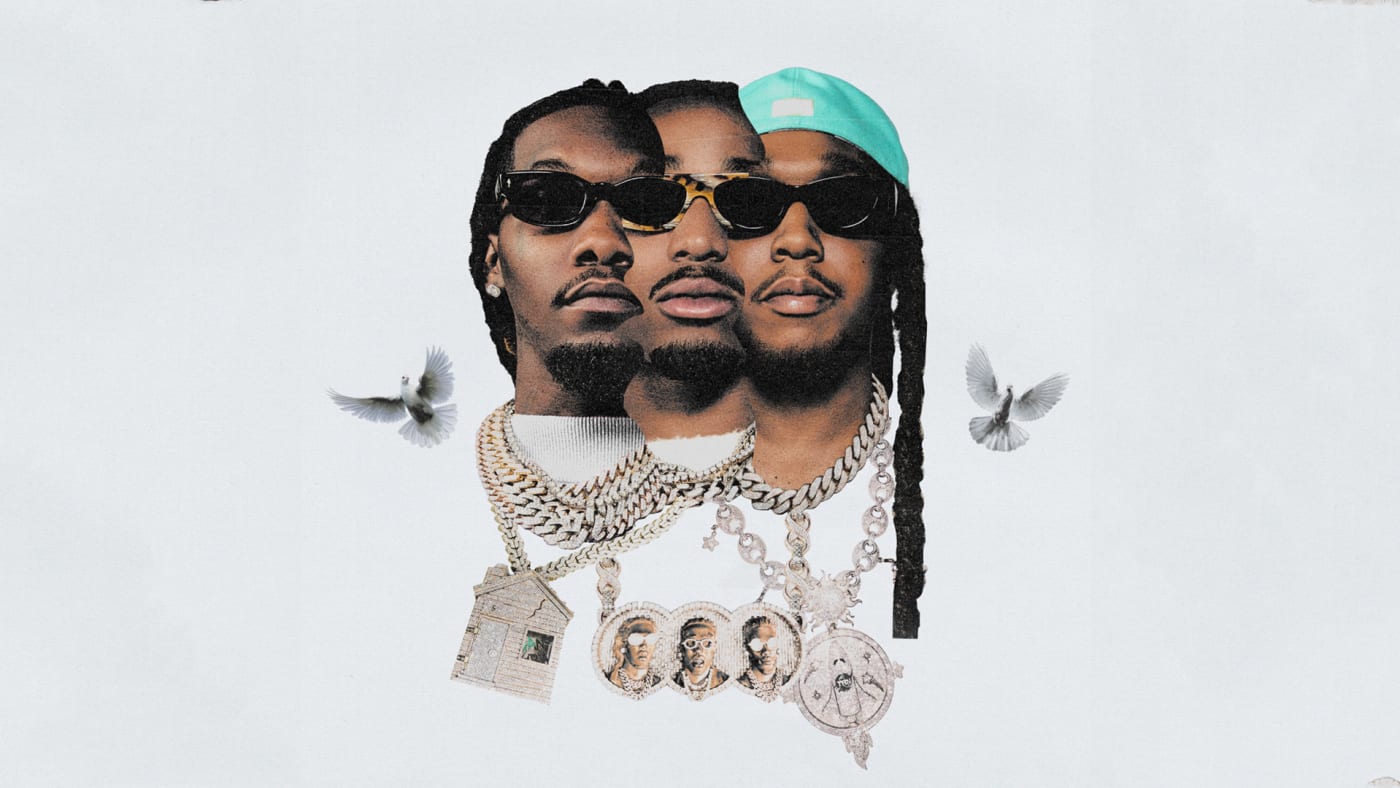 It’s been a minute since we last got a Migos record – and while the diehard fans likely remember the numerous bitter delays and original January 2019 release date, Migos definitely put their best foot forward to make Culture III worth the wait. Alongside its release, fans were treated to eight guest features – ranging from artists like Cardi B and Drake, to the late Pop Smoke and Juice WRLD. To celebrate the final installment in the Culture trilogy, here’s our ranking of the guest verses on Culture 3.

Though “Antisocial” is probably one of Migos’ strongest tracks on Culture III, the downtempo cut suffers heavily from the out-of-place appearance from Juice WRLD. With Quavo’s performance including references to his peers that have passed, “Antisocial” could have been turned into a larger political message had it not been for Juice WRLD’s typical-but-still-unsettling chorus where he sings about a strained relationship with love and drugs. The melody and delivery were both boring and sounded like every other Juice WRLD track in existence – and his chemistry with Migos is almost non-existent. Though I pray this was not a song that was recorded prior to Juice WRLD’s death, we may never know the true answer to that question.

If I were Justin Bieber, I would be incredibly selective of whose rap song I appeared on in fears of ruining my W/L percentage – a number that is definitely being carried by his infamous “90210” performance with Travis Scott and Kacy Hill. Luckily “What You See” doesn’t feature the singer trying to rap, but instead opting for an incredibly brief guest spot on the track’s chorus. The melody is nice and Justin Bieber is a great singer, but like Juice WRLD, he did not seem to fit on the song. Though Quavo definitely could have done this part himself, JB didn’t take anything away from the track – so all in all, I’ll take it.

I have no idea what it is about Youngboy NBA, but his features are very rarely anything other than top-notch. His appearance on the Southern-flavored “Need It” fits in well with Migos, with his verse being both fun to listen to and full of flow-switching to make it consistently interesting. His chemistry with Offset and Quavo makes me wish they’d let him in as the fourth Migo, but until then, I’ll just keep this on repeat. If I could change anything, I’d make him sound less like Blocboy JB, but maybe that’s just me.

I mean, if you’re a Polo G fan then “Malibu” is probably the perfect song for you. Admittedly, It’s pretty standard for a Polo G track, but his flow really picks up well in the second act. The only downside is that this happens at the expense of the verse’s first act (which is just a bit uninspired) and it's third (which features some singing). Though he was recently arrested, I feel fortunate that we got this verse before the law got to him.

I feel like I deserve ridicule for putting Pop Smoke this low but man, what is happening with his vocals on “Light It Up”? It seems like this song was very unfinished prior to Pop Smoke’s untimely passing, as his verse is fun, bouncy, and well-written, but his vocals do not sound as polished as fans have come to expect throughout his catalog. With the most entertaining feature by far, his flow singing about Richard Mille’s was definitely a highlight of the record – rough vocals or not.

So, does this mean the Migos x Future beef is squashed? Letting Future colonize the first half of “Picasso” definitely seems like it. Future has the best chemistry with Migos over anybody else on this list, and the woodwind-heavy beat definitely sounds like this track was made for him. Though his feature was not as risky as many would have liked it to be, it’s hard to complain to hear two legendary artists on a track together.

I know, I know – but hear me out. Cardi B has phenomenal chemistry with every member of Migos, and she didn’t under/overstay her welcome unlike some of the other features. Also her flow is fiery as hell. Cardi B’s writing this time around was much more inspiring than we last heard on “Motorsport”, with Cardi B’s line asking “Are you stupid, dumb, or slow?” making me audibly laugh. Though it would have been nice to hear something new from Cardi B, I’m not sure anybody is expecting her to reinvent the wheel on this one. Hopefully, this means she has more music on the way!

Probably a surprise to nobody, but here we are. Another Migos record, another Drake feature – and while “Having Our Way” doesn’t come close to touching the infamous “Walk It Talk It” of 2018, “Having Our Way” is definitely a much-needed collab we’ve missed over the past 3 years. Drake switches up his flow to be more tight and melodic, and it still fits in well with Migos in doing so. The only downside is that his verse is way too long – like half the song is just Drake rapping, but that is probably a good thing depending on whom you ask. Drake’s verse also sounds like a shoddy emulation of Lil Baby or Gunna, but maybe that’s just because that’s the flow that popularized them in the first place. Either way – I’m hoping that if/when Culture IV comes around, we’ll get another Migos x Drake collab with it.