Felly, Kota the Friend, and monte booker Link for a Friendly Reminder in "Everybody Loves You" 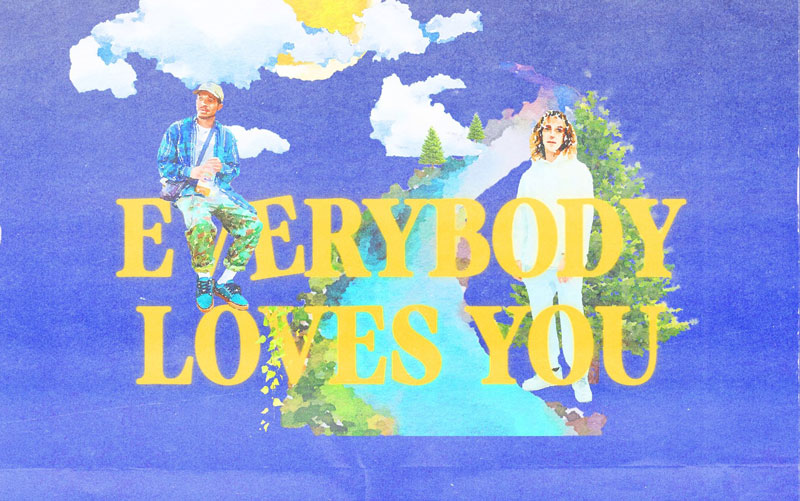 The exponential rise of Felly has been one of my favorite music careers to follow from the start – from watching him produce beats on his Youtube channel as a teenager, to seeing him catapult his career while a student at USC, to hearing an evolved, mature sound on his latest album Mariposa, which recently just hit its one year anniversary. Today, he links up with Kota the Friend, and boom-bap king producer Monte Booker for some positive reassurance in "Everybody Loves You."

Felly starts his first verse riding the tail of the bouncy drums, throwing in cleverly worded bars, dissecting syllables in his cadences. Our world feels overwhelmingly digital right now, and his line "fall in love with a chick from VSCO" gave me a laugh, because of the truthful undertone to it. Kota delivers his signature smooth cadences, with the two artists meeting up in the final hook singing and repeating "everybody loves you," the uplifting reminder we all need right now.

Felly also takes this opportunity to flex his achievements a bit, throwing in a clip at the end of someone saying "no cap, Felly you fire, Felly, like real life shit," which is exactly the brand of music he's steadily released over the years. His comforting sound soothes any wounds listeners may have, with the right tone in his production that makes his music an easy throw on in an mood or situation. Brighten your day a bit with a listen below.

Rojas On The Beat & BIGBABYGUCCI Team Up on New Single “Yahtzee”