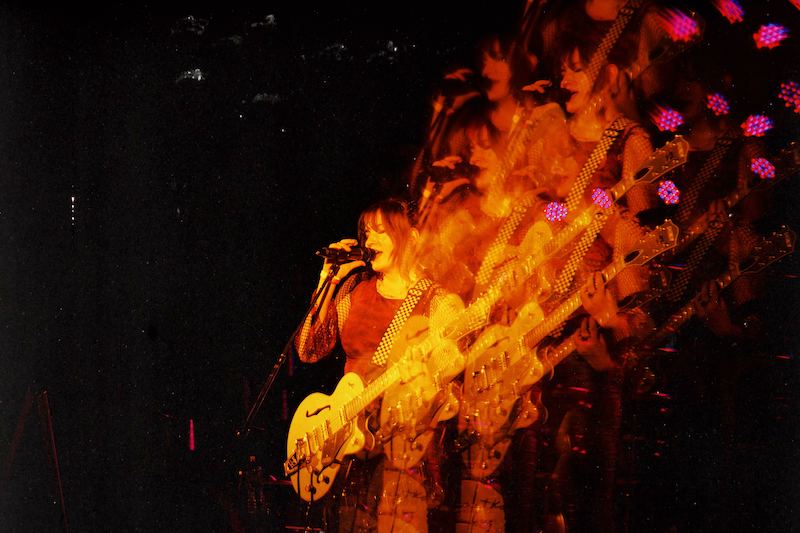 Back in September, I received an email from a publicist at Atlantic Records inviting me to cover an artist’s show in NYC. Expecting an A-list artist’s name to appear, I was honestly bummed to see a name I did not recognize. However after her unforgettable performance last week at Brooklyn’s Knitting Factory, GAYLE is a name I'll remember forever.

In the time between that email and her show, 17-year-old GAYLE’s fiery single “abcdefu” had raced up every chart and took TikTok by storm. Her face had graced heaps of Spotify’s playlist covers and the smash even surpassed Adele’s “Easy on Me” for the number one spot on iTunes. I think everyone in the small yet passionate crowd knew how lucky they were to be so close to an icon in the making.

I was in awe by how GAYLE was able to balance being so adorable and such a rockstar up on stage. One moment she’d share an anecdote about awkward encounters with love interests filled with contagious laughter, and the next she’d drop to her knees shredding to a cover of Alanis Morisette’s “You Oughta Know.” (Which sounded like its been her song all along).

GAYLE is so new to the game that she didn’t even have a band supporting her, nor did she need one. In the middle of one of her songs, her entire audio went out. Instead of stopping and mumbling awkward apologizes, GAYLE fearlessly belted her track all the way through a capella. The crowd, electrified by her edgy vocals, stood in silence, then roared with applause. In this moment, GAYLE proved that her rare, raw talent will carry her far beyond one hit wonder status.