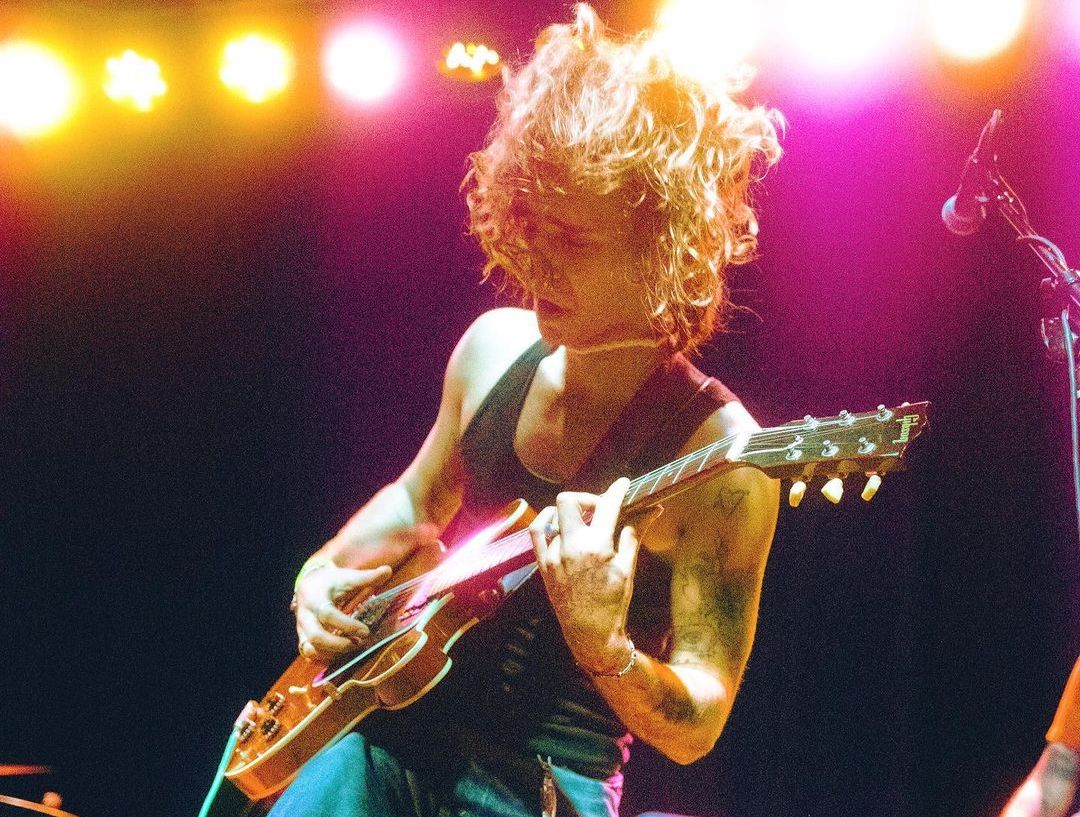 On Tuesday night, indie-pop’s beloved rising-star Kid Bloom took the stage at the Constellation room in Santa Ana to kick off the first show of his Highway Tour. With support from WizTheMc and a very talented band in tow, the tour is set to win hearts around the U.S., starting in Santa Ana, going across the states, and eventually looping back into its final shows in San Diego and Los Angeles. The Constellation Room holding the tour kickoff is part of a conglomerate venue called The Observatory, a large yet unobtrusive multi-use building seemingly in the middle of a business park and medical buildings. Live Nation has taken over much of the booking there, and the bathroom stalls and walls are peppered with upcoming events like emo nite and UPSAHL.

The night began with an impassioned performance from WizTheMc, an emotive pop-rapper from Toronto, raised in Germany (with just a hint of an accent). Wiz focused on performing his ballads, swinging the microphone cord over his shoulder and making full use of the 15-feet-wide stage. His performance style, though unorthodox, is very enjoyable and is pulled together by his commitment to putting on a great show. Already on the path to stardom, WizTheMc is the last name on the list of twenty-eight artists on the 10K Projects label, among the likes of massively successful alternative and fringe artists like Iann Dior, Dro Kenji, JELEEL! and Trippie Redd. Catching up with Wiz after the show, he told Sheesh; “I saw a girl crying during “Do It Over” and I was like, mission accomplished.”

Wiz has a killer band on tour with him, a noteworthy drummer and a keyboardist who is no stranger to big stages. Melody Ector was an original and touring member of King Princess, also touring with the likes of Bea Miller, Tones and I, and most recently Teyana Taylor. She’s a double-and-triple keyboardist who has a rock-and-roll upbringing and a gorgeous mane of curly hair that she often whips around onstage. The “oohs” and “ahhs” and general positive chatter from the crowd after the show was a testament to the level of unprecedented talent coming from the opening act.

After the Wiz set, Kid Bloom took the stage to adoring fans. The room was packed tight with a young crowd. Among the people in the crowd was his mother, who he noted “doesn’t get to see him live very often.” The three bandmates donned their classic 80s hairstyles, with their tight jeans, sweater vests and electric guitars in tow. After a rough start to the beginning of “Like I Never Left” (the band spilled iced tea on their laptop on the way and were now working with a new one) they started again and executed a mostly flawless version of the song. The cohesiveness of the groovy new album Highway was impressive live, with each wavy, groovy song flowing into the next. The crowd sang every lyric back to the indie pop star, and their cheering of “f*ck iced tea” prompted Kid Bloom to come out for an encore done on an acoustic guitar.

Kid Bloom noted that the environment kicking off the tour was “very surreal. Very happy to be here. I have really good people around me, which honestly is the only reason this is happening and yea this is the dream, I’m very very grateful.”

Kid Bloom’s Highway has enjoyed a good amount of commercial success since its release, clocking in at over 2.3 million listeners on Spotify. It’s worth noting that Kid Bloom is a fixture of Position Music, a thriving publisher and management company that has made recent strides in the music industry, recently adding superstar A&R Samantha Sklar. You can see Kid Bloom and his host of guest openers all over the U.S. for the next month, dates below.

Get to Know Kid Bloom [Interview]