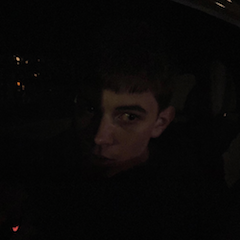 It's only been two weeks since covering Koi's last single "all of that," and Koi continues to impress today with the release of his new EP 10&2.

The LA mood-mastermind encapsulates the carefree, confident tone of young adulthood – with every single song he releases. It really seems like whatever single he drops next, becomes my new favorite. Thankful that today, he gives his fans a few new treats, mixed in with a few previously released singles.

The project features his signature uptempo hip-hop cadences, with flares of raw, yet captivating singing moments, showing he can sing when he wants to, but still floats around his main lane of rap. One of my favorites from his new offerings is "better," revealing this singing side, acknowledging the mutual feelings he and a girl have, but letting her know he's not gonna wait around while she plays games.

Koi continues his exploration of his R&B side in "what do i gotta do," and "from the go," contrasting it with the more traditional hip-hop sensibilities of "big," "indica," and "talk it out." Koi manages to blend these differing styles, morphing it into his addicting original recipe of rap. With half of the tracks being under 2 minutes in length, Koi mastered the ability to hook listeners and have them begging for more, resulting in appearances in your "On Repeat" Spotify playlist.

Koi's whole brand exudes confidence and assertiveness, which is as compelling as the ambiguity around who Koi is as a person. He's on a steady assent in this lane, the music industry, and life – and you'll be hearing more of him from us soon, but for now go bump 10&2.

Trey Graves Wins Valentines Day with “need you too"