Get to Know Rich Amiri [Interview] 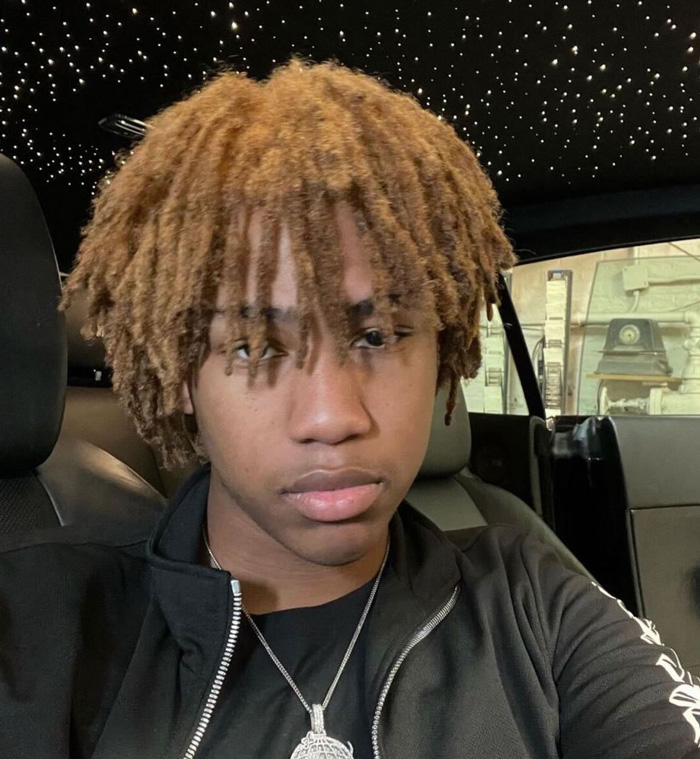 If I had to pick one artist to invest in for the long-term future, it would be Boston’s Rich Amiri. 2022 has been one for the books for the bubbling phenom, and songs like “Dirty Money” and “Can’t Die” prove why he’s going to the top. His vibrant vocals are unlike any artist out right now and his direction is simple — leave an influence. Get to know Rich Amiri below:

2022 has been a crazy year for you. How have you taken in the success so far?

To be honest, I feel like everything around me is changing, but I’m still staying the same. Nothing has been too crazy. Even with the numbers, I’m still the same person. I still move the same. I’m still Amiri.

Staying true to yourself. How cool has it been seeing your loyal fan base come to fruition?

It’s fire. I love my fans more than I love life. I just appreciate everyone that supports me. They changed my life, and I can never repay them.

I saw you came out at Box Fest with Che and performed the Hive Mind show. You have your crowds going crazy so how cool is it to see your fans rocking out at your shows for an hour?

I didn’t even perform that Box Fest. It was fire. It was mad funny because I remember there was a recap of Baby Santana’s set, and the guy recording was zooming in on my face. It was cool seeing all of those real people who like my music. The Hive Mind show was a little show and even to have people show up when I posted it that same day was crazy.

You’ve also been consistently releasing music with Internet Money and especially Rio Leyva. How did that relationship form?

I locked in with Rio Leyva because he was sending me beats before I had any traction. I had maybe 2000 followers. He was still sending me beats trying to lock in. When I got to a point where I met him in real life, I would always go to him because we had that bond. Look where it’s taken us.

Now you’re traveling all over the country. How has working in the industry and in professional studios help improve your sound and hone in on what you want to make?

You have more options and you can really diversify your sound. When you’re sitting at home just rapping on YouTube beats, you don’t have too many options. Meeting my producers have really helped me develop my own sound. Being able to be like, “Let’s make something like this, or let’s put this instrument into the beat.” You can really create your own sound.

How important is the consistency aspect as far as reaching where you want to go?

What is the biggest thing you want your fans to grasp from your music?

I feel like that translates into your music. Your music is so versatile and different. How important is that?

To me, it comes naturally. I can listen to any beat and do something on it. I do feel like there are some people that have their own waves. I wouldn’t say versatility is a must for artists. For me, it’s just how I’ve been. I like to branch out and do a lot of stuff.

What was it like growing up in Boston, and what is your musical background? What got you into music as a kid?

Growing up in Boston didn’t have too much of an effect on my music. I would say growing up, my cousin Nathan put me on to what was popping back then like Famous Dex, Rich the Kid, and Jay Critch. My dad is a big music head, and he put me onto Reggae, Bob Marley, and stuff like that. My mom listened to Michael Jackson. As far as Boston, I want the next kid doing the interview to be like, “Yeah, I’m from Boston seeing kids like Rich Amiri.”

I want to give it a sound, but I want to make it like Atlanta or Chicago. I just want to make it known. I want Boston to be known for its music. We are already building. I’m building a team. I’m not sure if you’re familiar with After Life, but we are always scouting new Boston talent. I already have a team from Boston. I’m not sure if you’ve heard of Devstacks, but he’s fire.

Expand more on what After Life is and the goal.

What do you want your legacy to be when it is all said and done?

When it’s all said and done, I want to have created something. I want to have an influence. It’s not really about the numbers, I just want people to have seen me and be influenced. I want to influence the youth. I want to be a core memory in someone’s life.

What’s next? What kind of goals do you have for the short term and long term?

What do you do to escape music? What hobbies do you have?

Get To Know Merlyn Wood [Interview]

Get To Know Abby Sage [Interview]

Get To Know Avery Lynch [Interview]

Who Is Dosey? [Interview]