Get To Know Abby Sage [Interview] 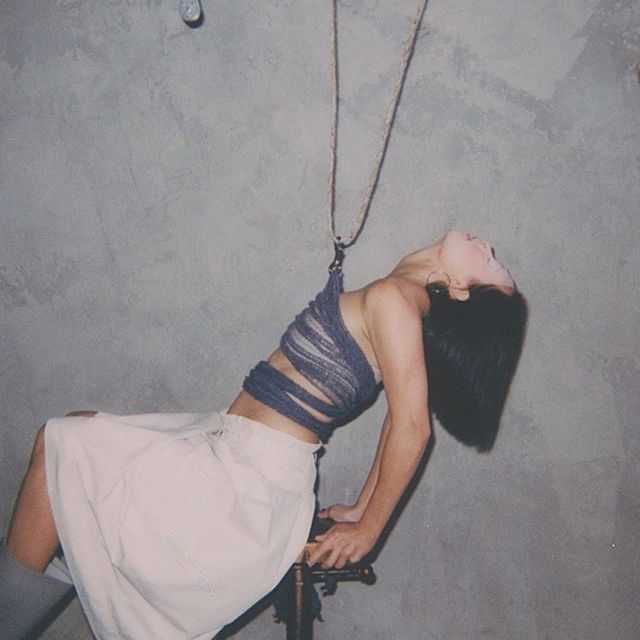 Abby Sage has a ruthless authenticity. As a fellow brit-music obsessed anemic, talking with her was one of the most seamlessly genuine and fun interviews I’ve had. Her latest release, “Backwards Directions,” follows Abby Sage’s two previous singles “The Florist” and “Pool Party.”  “Backwards Directions” sees Abby Sage continuing to amaze with sheer sonic beauty alongside an earnest vision that draws listeners deeply in.

With her highly trusted team of creatives, Sage has crafted an art that beams originality, both visually and musically. Alongside London-based producers Roy Kerr and Tim Bran, Abby Sage is ready to speak directly and eloquently to her audience. A rare, rare talent, she’s the quiet voice that speaks an undiluted truth. I am immensely grateful for the opportunity to speak with her about creative intimacy, the youthful angst of suburbia, and Scandinavian children. Get to know Abby Sage below:

Let's just dive into where you started roots-wise. Where are you from?

I'm from Toronto originally, but didn't really grow up there. My family moved when I was pretty young to the Bay Area, but we would go back to Toronto, Canada every summer (which I always thought was lovely). That is where I technically started with music, mainly because my dad played in a bunch of bands there when I was growing up and I was always curious. Before that point, I was putting out little snippets on SoundCloud, as one does.

Toronto and the Bay Area are relatively different culturally, would you say your influence is from Canada or more California?

That’s interesting because when I was in Toronto, we were pretty much in the thick of the city, whereas in the Bay Area, very suburbs. So I did have the youthful angst of a suburban child. My mom is from the UK, so I spent a lot of time there too. I feel music-wise, I pull a lot more from the UK style.

Who are your favorite UK inspired artists?

This is a recent one, Her name's Nilüfer Yanya. I think she's so sick, super super sick. She does things that are a little bit darker, and I love that. Of course, Amy Winehouse is my got-to as well. Last time I was there I met with someone who worked on a lot of her early stuff with her, and I just picked his brain for the whole hour. It was insane.

I would have lost my mind for sure.

With this new album, did you find yourself branching out from your current style? Are you still looking for your sound? Tell me more about that.

It's definitely different in that I’ve genuinely figured myself out more. The first project was very telling of situations that I was currently in and the reflection on that. Whereas the new project is more observational in a way. I did this one in London, spending a month there in January, and finishing it there. I was just on my own for a while, and I feel as though you listen a lot better when you're really on your own. During that process, I did find a sound that I love so much; it feels really good to find.

That’s sick. And there’s a new single release before the whole thing comes out?

Yes, and this single was one that was made very on-the-spot. We started with this big idea for a while, but building it just didn't work in the moment. So then we just immediately switched, very late in the session, and started with this single. It was honestly a very organic build. And I think in some situations, writing on the spot, figuring everything out right there, it’s different from other songs. I feel it's the most intimate, just very telling of how you're truly feeling. If you're just kind of throwing up words, it makes it very real.

How was the filming for its music video? Did you have a lot of power creatively?

With my visually creative projects I definitely like to be at the forefront of it all; can’t deny that it is a big part of it for me. With this whole project, it's me and one other person (who's one of my best friends) and they're a filmmaker first and foremost. We've kind of been taking a more theatrical, intense route instead of just “hey this is me singing my song.” This one was definitely one of my favorites; I do love an intimate set, especially when it's with best friends. I had my close friend, Ryan Brennen, in it as well. So it's essentially just him and I doing a movement piece. He was actually in a past one of mine too! We were both blonde then, and now we're both brunette.

Yeah, really good timing. We looked like Scandinavian children then, but now we’re brunette and it’s a darker twist. Essentially, it's verrrryy fun.

Live music-wise, do you have any plans? What’s your gauge on performing?

I love it. We just played a show with Suki Waterhouse a few months ago in San Francisco, which was insanely cool. I do love playing live, and definitely want to do more of it. It really is the most immediate way to connect, and my biggest enjoyment of it all is seeing people face-to-face and their response.

And what are you excited for in the future?

I'm just excited to build a visual brand on top of everything. It feels really special when you hone into exactly how you want to present your music, whether that's on stage or just a video or something else. Aidan Dick (who does all the visuals with me) and I are in the midst of creating a little short film as well. On top of that, I've also been drawing my own merch line, and it helps that I have a heat press and a screen printer to actually make it too. I feel like that's a cool way to represent your music as well, through personalized merch.

You're totally right, I know some artists that have seriously the shittiest merch but the greatest music. Sometimes it’s so clear that they had nothing to do with how their shirts look.

I mean if you have the ability to take control, you should! Just because no one knows you and your art better than yourself. Of course.

Be on the lookout for Abby Sage's new EP, The Florist, out  October 21st via nettwerk.

Justus Bennetts Comes Through With Relatable Single, “Dead Inside”

Sam MacPherson Treats Fans With New Pop Heartbreak Song, “Backseat (All I Got)"