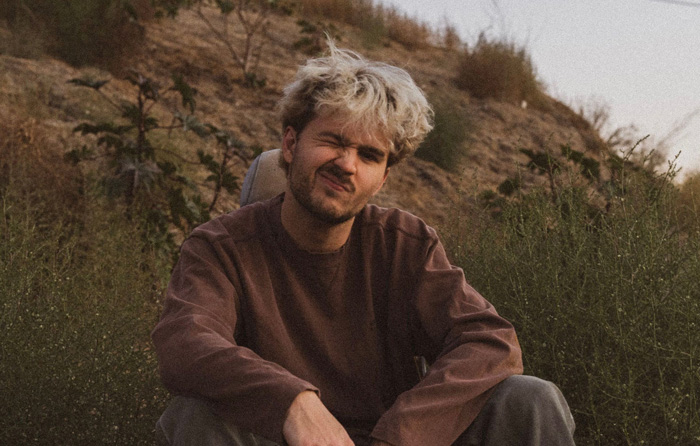 Arriving at an optimal time for emotional bangers, we have the pleasure of introducing a new face today – tsubi club. Although surrounded by a light shadow of anonymity, if there's one thing that we can confirm about tsubi club, is that this individual is a skilled producer and he isn't afraid to unleash his voice.

In his debut, "burbank house," we get a fusion of indie drum patterns and distorted sound design, all tied together with anthemic amp processed vocals – a blend perfect to rock out to with your homies, or alone in your room under a blanket. Just as the song begins with a voice saying, "it's cozy in here, I don't want to leave," you may find yourself not wanting to leave tsubi's burbank house. It's familiar for you hyperpop-esque music fanatics, yet grounded in more organic instruments, rather than shiny plucky synths, which is quite common for the genre.

Mr. tsubi took to his twitter to explain that this project is intended to be tied to a visual style and means of storytelling. He emphasized the importance of the music video acting as the exposition for what's to come. Listen and watch the talented tsubi at work below:

Aries Reflects on Youth Culture in "KIDS ON MOLLY"