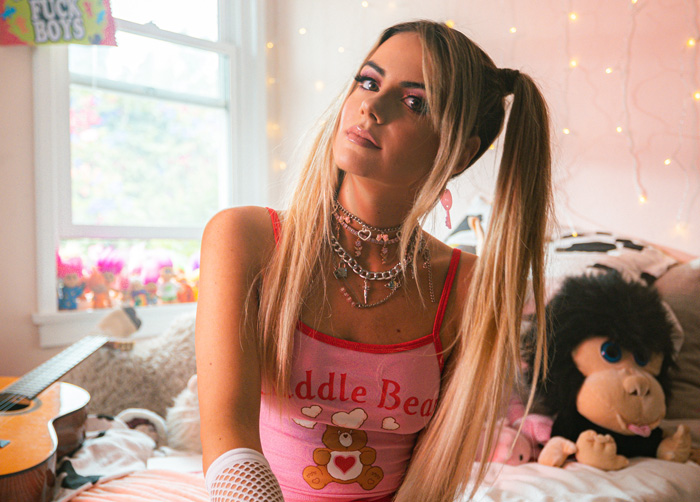 22-year-old rising artist, Chelsea Collins, made her Sheesh debut recently with the drop of her last track, “Hotel Bed," a collaborative song with Swae Lee. She makes her epic return today as she proves to be reinventing traditional pop music in her latest single, “Open Your Mouth” this past Friday. The San Francisco native is creating her own lane through her self-taught production and one-of-a-kind vocals.

“Open Your Mouth” is a self-written narrative that chronicles the story of one of her past relationships in which she was in a constant state of doubt and uncertainty. She explains that she “was super into this guy,” however, when they would hang out, “he’d just want to nose touch the whole night.” She adds that they never ended up kissing each other, but he was “such a cool person that sadly it was worth it.” “Open Your Mouth” is a piece that depicts the frustrating situation she found herself in – how she wanted this boy to tell her how he felt and communicate honestly.

The hyper energy of this song combined with her captivating vocals, drum-lead chorus, and melodious electric guitar take listeners on a nostalgic journey back to the Britney Spears and Gwen Stefani era. The track brings me back to my childhood spent listening to these brilliant artists who inspired an entire generation. With the release of “Open Your Mouth,” it has become increasingly evident that Chelsea is on the rise as she continues to capture the ears of pop lovers everywhere.