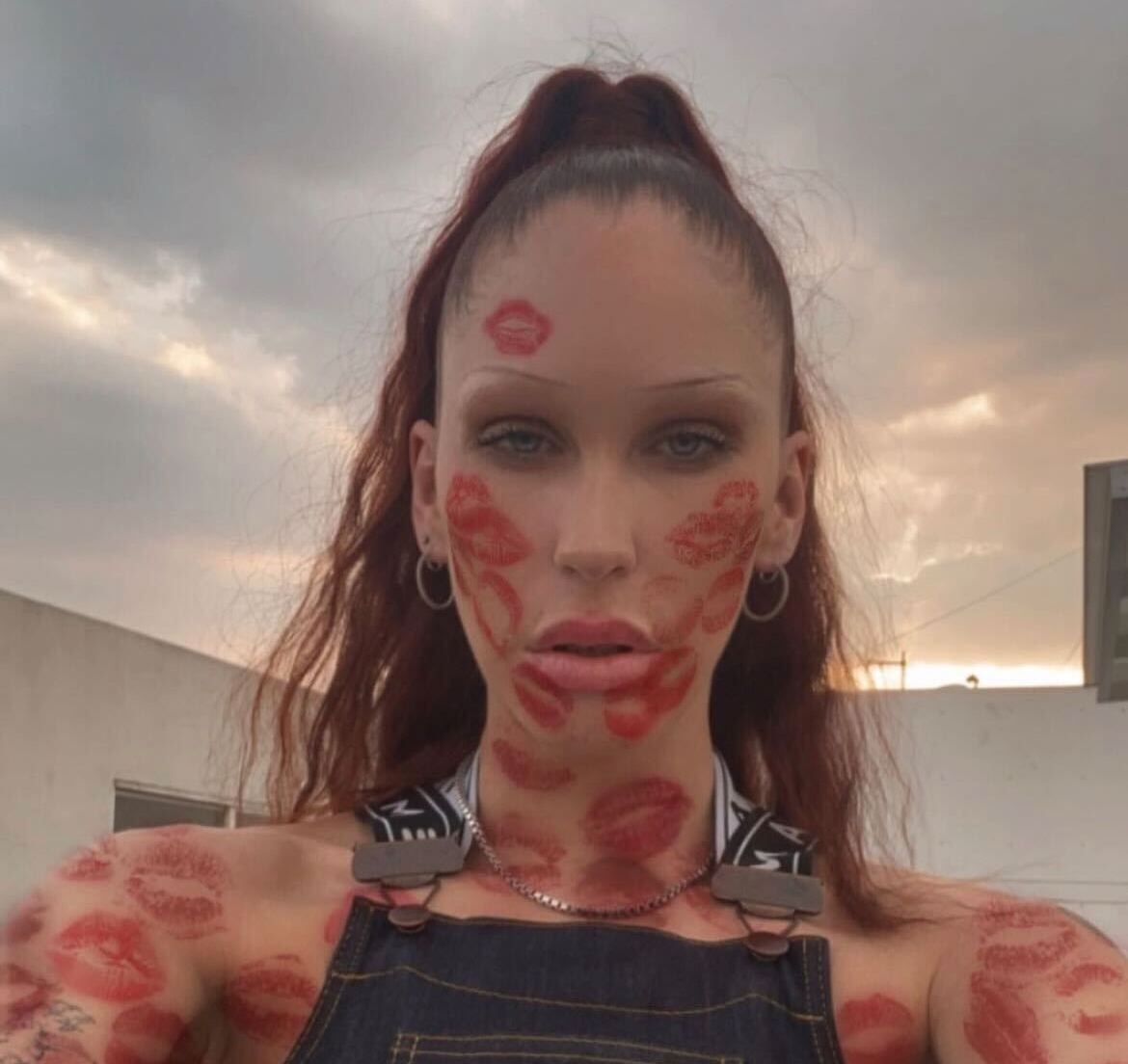 From the sub-pop genres of the underground comes the real “alien superstar” of warehouse parties, shocking stunts, and ethereal grunge. Eartheater resembles, and is as beautiful as, Bella Hadid, while being as creative and unique as Lady Gaga. Imagine Grimes but–well, grimier. Described as “surrealist, vogue spectral pop," it’s extremely hard to place a finger on Eartheater’s unique sound, or to categorize her at all.

A monolith of underground culture, Eartheater has been practicing “ugly beauty” long before Julia Fox and TikTok picked up the trend. Sporting bleached eyebrows and otherworldly attachments (elf-like features, ponytails down to her stilettos), Eartheater is an impressive mix of intimidatingly attractive and intentionally grotesque. Eartheater’s fans are something to behold as well. Stylish, grunge-niche, slightly cyber-punk and overwhelmingly queer, attendees at the Eartheater festival trend towards the same brand of scary-beautiful as their icon.

During a recent two-show stint in Los Angeles, Eartheater performed an elegant, orchestral set at the Masonic Lodge in Hollywood. Her set included a live cellist, several violinists, and – firework play? In a stunt all of her own, the pop artist stood over an erupting firework for over thirty seconds, a shock-appeal that had every iPhone in the building trained at the stage.

The following night the three-octave singer held a Saturday show in a warehouse on the outskirts of DTLA, only a worrisome three blocks from skid row. The location was concealed until an hour before doors opened and the line to get in was wound around in the darkness like a Universal Horror Nights Installation. Inside, machines pumped the air thick with smoke. A 5 foot-diameter disco ball hung suspended over the crowd.

The openers, although they went mostly unnamed and unannounced, were incredible hyper-feminine acts that synced perfectly into the pussy-powered, sexed-up and in-control environment created by Eartheater. Dark Sisters, two bikini-clad babes doing something close to screamo or metal-house, opened the show. Her opening DJ played a mix of queered house music by COBRAH, Sookee, and U96. The crowd pulsed on with energy for hours and hours, until the pop-star finally appeared at around 1:30 AM. The near-naked performer sang her highest notes for an hour, flanked by water-gun wielding models who sprayed down the crowd.

What makes Eartheater so magnetic is her total command of her audience and her music. Writhing through the crowd on a low stage, fans were gagged and gasping to get close to her, to get a video, to document the unexplainable orbit she held them in. Eartheater lacks all insecurity and exudes a deity-like energy, serving the type of performance that leaves no room for ambivalence, her fans would follow her into a cult. She validates and elevates female and queer audiences, an artist tailored to and geared towards a niche that is thirsty for more than just Sam Smith, Girl In Red, King Princess and Tyler, the Creator. Eartheater caters to – and makes music that uplifts the power in divine femininity, she is overtly sexy without being sexual, and is an iconic and important rising fixture in music history.

Eartheater’s Deluxe version of her album Trinity is out now.