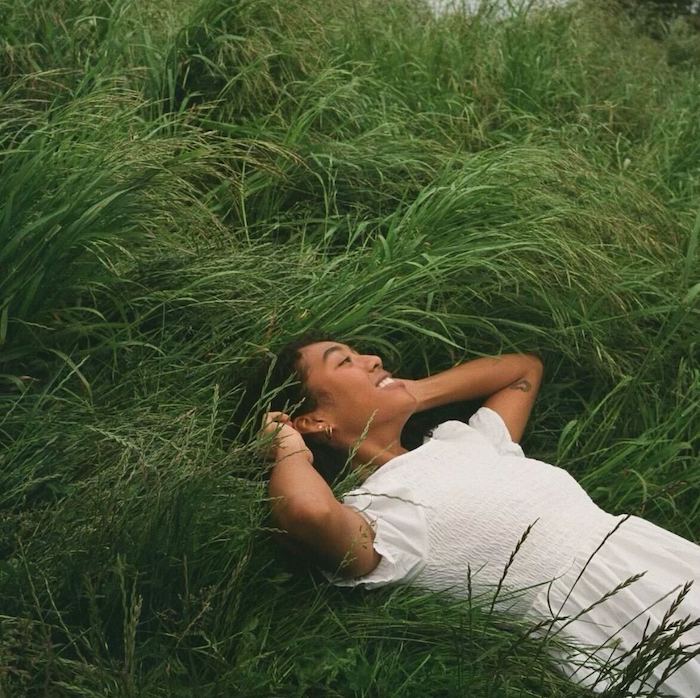 Welcome to the 29th volume of Freddie’s Finds! Each week I spotlight 3-4 of my favorite new tracks of the week, ranging from a variety of genres and artists. This week was once again stacked with new releases, including Alé Araya x aisu, Kaleah Lee,  VALLEY GRL, and SoloSam x MFnMelo.

Every new music Friday, I queue up 20-30 songs that I want to listen to at midnight before spending two hours filing through and adding my favorites to my playlist. However, last Friday was different — I had to take a hiatus to listen to Kaleah Lee’s “Heavy Handed” on loop. It is one of those songs that give you instant chills, and after sitting in awe for 20 minutes (which I proceeded to repeat when I sat down to write this), immediately sent to everyone in my contacts. At 3:21 of utter beauty, no words can encapsulate Kaleah’s stunning vocals over a simple yet tear-jerking guitar riff and flawless vocal harmonies. Through a series of metaphors showcasing her unparalleled songwriting ability, she explores the significance of change in her life, struggling to grow without venturing into the unknown as she sings, “Broken down by the things that made me / Built a house with the things that saved me.” Accompanying the track is a compilation of clips Kaleah had shot across the last few months — you cannot miss this one.

It is rare to see someone rise as quickly as Alé Araya has. With just 4 prior released singles under their belt (including one of my favorite tracks of the year, “Orange Juice” with Rozie Ramati), the LA native is back this week for “Citrine,” accompanied by the all-women cast aisu and Sara Kawaii. A bilingual blend featuring Alé’s soft vocals and aisu’s Turkish hook, the trio combine for an alluring listen unlike any other, while bouncy, house influenced production create an intergalactic atmosphere. “‘Citrine’ was created in a room filled with all women, and all women producers. To be able to provide the feminine perspective in a field so often dominated by the male ones felt refreshing & captivating” Alé said on the significance of the song. “I’ve had so many girls reach out to me and tell me how connected to the song they feel. We just made it as a vibe to dance to in my garage, but I realized it was doing something so important, blending cultures and underrepresented perspectives to the forefront of culture.” With “Citrine” being the second single off of Alé’s upcoming debut EP, expect to hear much more soon.

“GOODBADAY!” by VALLEY GRL and H3x

I had the pleasure of hearing the latest single from VALLEY GRL a couple months back on one of our Sheesh Discord listening sessions and immediately fell in love, so when VALLEY GRL followed up with me with a date for the release I was ecstatic. “GOODBADAY!” featuring H3x is pop-leaning at its core, yet backed by a hard hitting hook that takes it to a level that separates itself from the rest of the pack. VALLEY GRL kicks off the track by quite literally waking up on the wrong side of the bed, before exploring the duality of wallowing in her misfortune or learning to give herself time, knowing that the good day is just around the corner. H3x comes in for two lines on the second verse, while his short but sweet contributions take the hook to the next level. Although this may be the first I have heard from VALLEY GRL, I will certainly be delving deeper into her discography after this one.

SoloSam is quickly emerging as one of the brightest rising artists out of Chicago - which always is a sign of greatness in the making. Flying onto my radar with his first lead single of the year accompanied by Pivot Gang member MFnMElo, “Calabasas” was an instant addition to my playlist. Production from Sam himself brings an almost spooky beat, as a string accompaniment adds an ominous feel - fitting, as Sam grapples between the highs of being an artist on the rise and struggling with the lows of self doubt and impact that “Calabasas,” or a momentous change in lifestyle, led negative consequences. Speaking on this meaning, Sam said, “Calabasas is a figurative place of wealth, success, and that part of music that so many artists reach for. When you dream about it, you don’t know that in that journey you're going to lose friends along the way, and you're going to question yourself.” With an already solid foundation of his career — oh, and not to mention, he put out a cookbook with his album in 2019, giving him immediate goat status — Sam is primed for a huge second half of the year.

You can find all my previous finds in the playlist below: