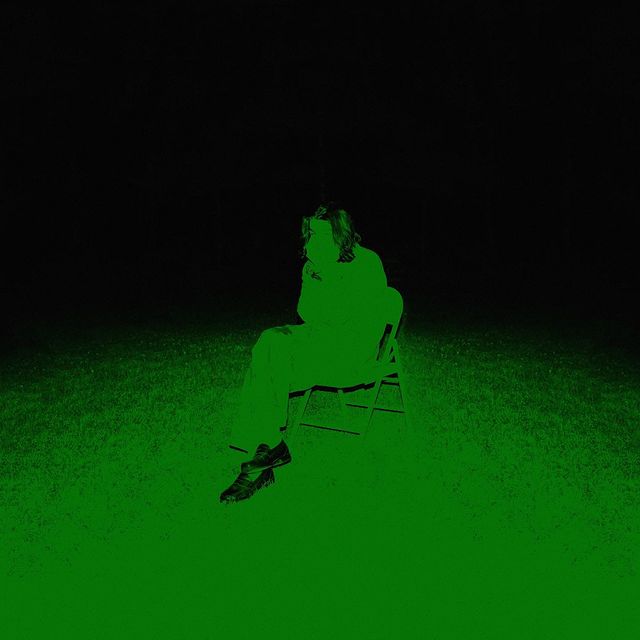 Releasing his first album at the end of 2022 called EXTC, greek’s evolution as an artist gestures to his own inclination to strive away from modern trends and sounds, moving towards looking at the album as an art piece rather that its sonic parts individually. Part of this comes from the artist’s focus on the listening experience. When I got a chance to speak with greek, he explained that as much as our generation has moved away from album listening, opting for shorter spurts of musical satisfaction, the cohesiveness of his album is meant to be viewed as a body of work, rather than a collection of songs.

Over a year in the making and almost entirely self-produced, greek explained his approach to making music and releasing his first album “It's not really a thought process, it's more like a natural reaction to letting things out its any form of therapy. I don’t put any thought into the semantics of what I’m making I just kind of just an authentic kind of obsession.” Rather than measuring his success based on the numerical response to his music, the Virginia native grounds his creative purpose in designing an atmosphere for listening. Noting that the arc of the album comes from its title, the rising artist draws from ecstasy’s euphoric haze to delve into an understanding of ourselves through the people that we love. greek is intentional about producing his own niche sound, drawing from the highs and lows of inner monologues and transforming them into sounds that emulate cosmic ponderings and lucid dreams. The parallel between the real and the interstellar — a nod to the artist’s attempt to see past the realm of what we already know.

The nine-song track begins with “lovers&friends” a song that sets the stage for the obscure yet elegant abrasiveness of sound that highlights the album. With songs like “rewind” and “fantasy,” both undergirded by a consistent deep throbbing base that follows the impulse of a light and airy instrumental, the first half of the album projects a kind of intense multi-dimensional pull. The album's second half is where greek’s natural vocals shine, songs like “safety” and “best” fulfill a slower melodic vulnerability that culminates the album, signaling what might feel like the sobering comedown of any psychedelic trip.

Occasionally confusing and at times convoluted, the project confronts the limits of our own state of being pushing us to explore beyond what's already been defined. Led by an electric talent, greek is sure to continue his rise to the top, both as an artist and as a visionary.

The Astronomers Come Through With Their Album, 'The Occasion' [Album Review]