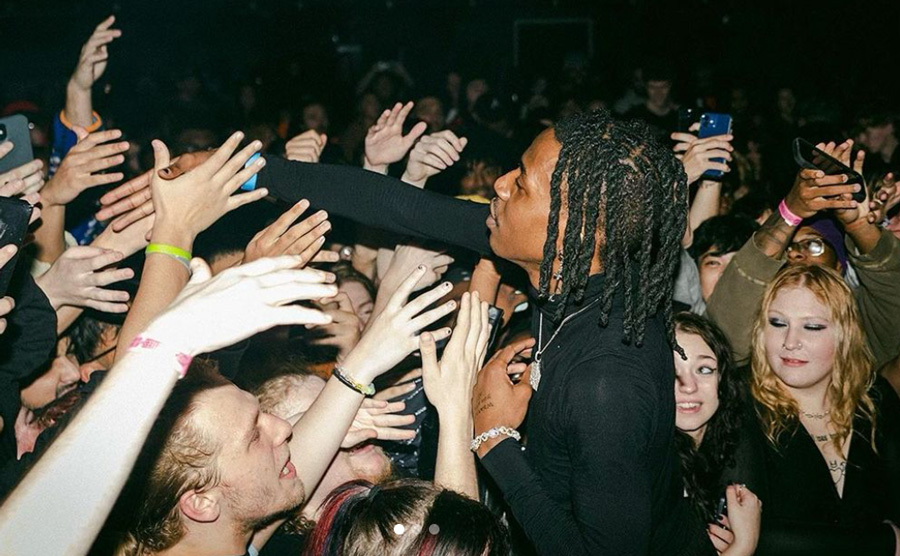 Dro Kenji has been my number one upcoming artist for some time now, and I finally got the opportunity to see him perform in Chicago. He opened for my hometown native from Indianapolis, midwxst and the energy was unmatched.

He is coming off of his second studio album, ANYWHERE BUT HERE, and this is his second tour so he feels as if he improved from the last one.

“It is lit,” Kenji Said. “We got that first tour out of the way. It was a good learning experience, but we feel like we know what we are doing a bit better. I feel like on the stage I know what to expect. I’m not nervous anymore.”

Kenji definitely looked like he knew what he was doing, as he kept the audience engaged from the beginning, signing shoes and even a DS. I think a highlight for me was when he built up the anticipation for “SO WHAT” featuring DC The Don. The mosh pits opened up and it turned into a madhouse.

“All I care about is making my fans happy and turning up with them. That is all I am here for.”

He also performed some o.g. tracks such as “Sing Her A Song,” and his personal favorite to perform, “Save Me.”

I asked him what he wants his legacy to be when it is all said and done and he said, “Dro Kenji. I want people to remember me for me. Be Yourself. It’s your life.”