Jillian Dawn Learns to Float on Single “Watered Down” 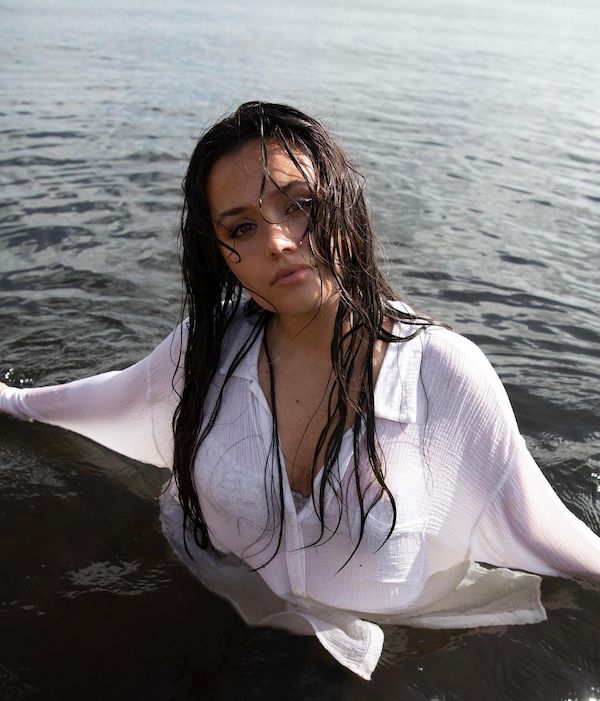 Relatability is a hard line to toe, especially when it comes to making art. For Jillian Dawn, her impulses steered her to write a song that she felt “needed to be heard,” a manifestation that resulted in her newest single, “Watered Down.” Centered around the idea of finding as well as forgetting relationships, Dawn writes with a genuine pen and sings with an endearingly scorned voice. Sonically pop-driven with underlying remorse, the emotions in the track were born from real heartbreak. “When you are lucky enough to experience a real, meaningful relationship, it’s really hard to shake that person,” Dawn explains. Her mature perspective is evident in her songwriting, offering optimism even in someone’s lowest moments. The single was co-written by Dawn, Tamara Laurel, and Drea Gordon, as well as production from Caleb Ozckowski. While the track is a stand-out on its own, it’s narrative is not yet complete, as later this month a short film will be released in companionship with the single.

Prior to “Watered Down,” Dawn delivered on last year’s EP “How Simple This All Started” to establish her acoustic, soulful style. Based in Nashville, Dawn has been faced with the proposition to sink or swim in the nation’s most competitive songwriting market. While staying afloat, she has rallied around her contemporaries, collaborating with fellow artists and continuing to develop her multifaceted skillset. Earlier this month, she headlined FRNDLY Fest in New York City, later joining Dales in a tour of New England in an effort to expand her fanbase. With all of these feats validating her, perhaps what is most impressive is her mentality in regards to her music: “Art always evolves. You are allowed to ebb and flow with your music and creativity; there’s no box you need to set around yourself.” As she continues to work her way outside of the personal and social boundaries placed upon her, it's better to be listening to Jillian Dawn sooner rather than later.

Nobody Is Having More Fun Than Dev Lemons [Interview]

Internet Money Proves They Can Succeed in Multiple Lanes with, 'We All We Got' [EP Review]