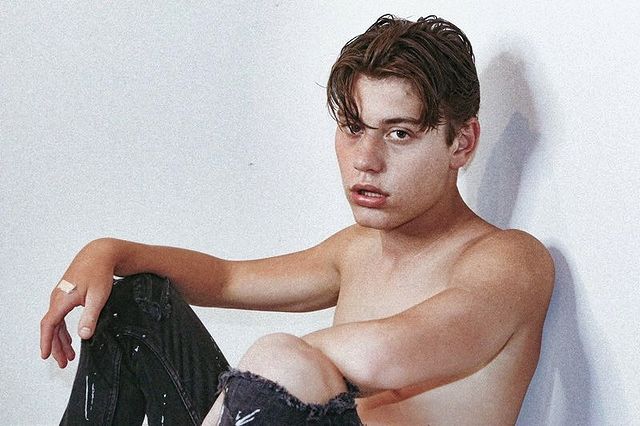 LAIVY, a 16-year-old phenom from New York City, is well on his way to follow in his father’s footsteps. The son of Grammy-nominated musician Matisyahu, has kickstarted his career, and it's safe to say that his career is off to a great start.

LAIVY recently released his second track ever to DSPs called “Fake Friends.” The vocals on the track are stunning for being such a young artist. His craftiness with minimal, yet melancholic production proves he is ready for the big leagues, while his songwriting on the track is as clear as it gets. The rising artist sings about his struggles in life along with his goals, as he says “chasing my father and chasing the fame,” in the pre-chorus.

Earlier this year, LAIVY released an acoustic song, “Beauty and the Beast,” which beautifully showcases his authentic tonality in his vocals and mature lyricism. These two tracks show the potential of the young artist. I’m beyond excited for LAIVY and believe he will only continue to blossom into a great one.