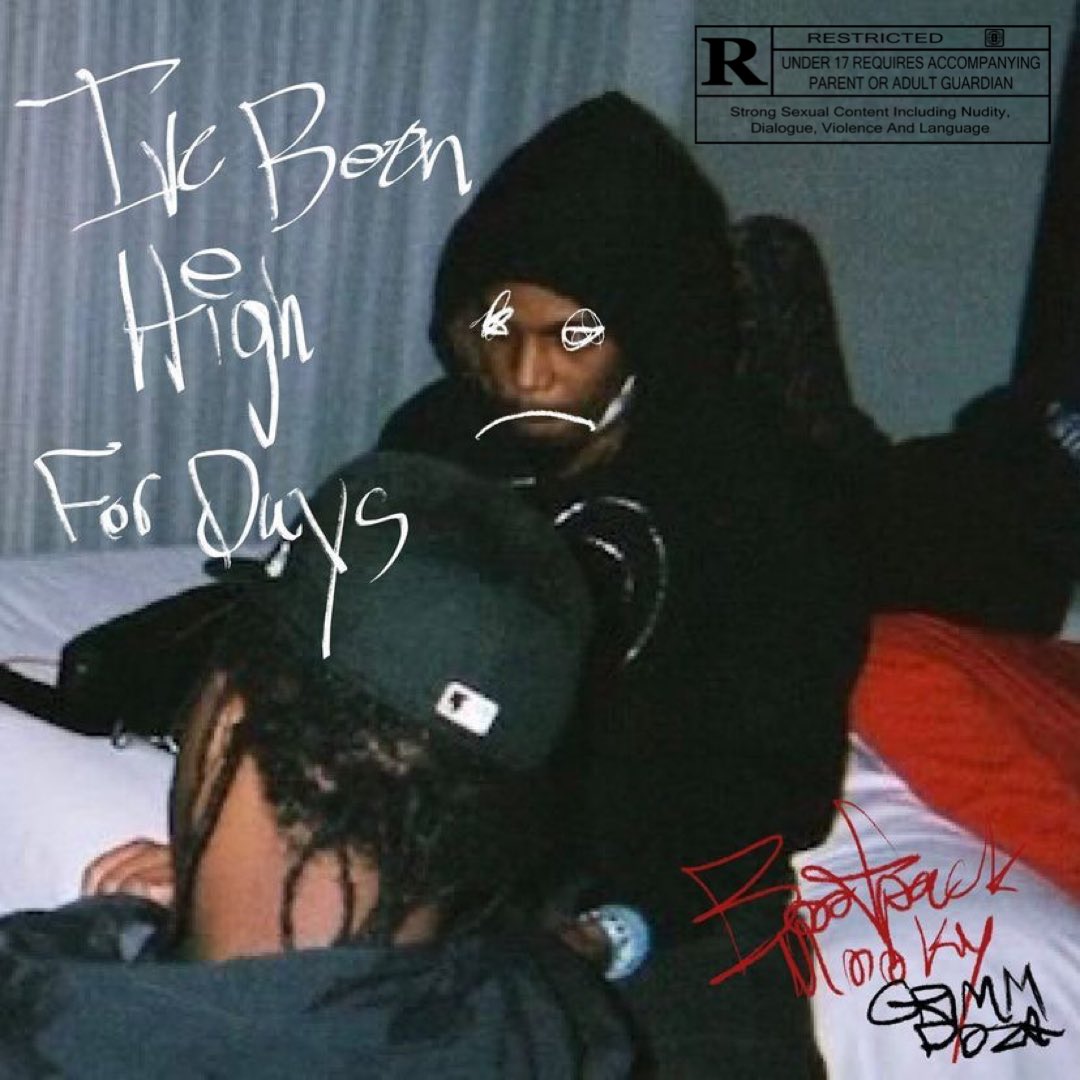 For fans of underground hip hop, it’s been almost impossible to ignore the gradual ascent of rapper, BoofPaxkMooky, and veteran producer, GRIMM Doza. North Carolina’s BoofPaxkMooky is best known for his laid-back delivery and instantly recognizable melodic vocals. The artist quickly gained attention through his 2020 release of the spacey, lo-fi single titled “Ta Da.” Now, BoofPaxkMooky is back with a collaborative EP with underground hip hop producer, GRIMM Doza.

‍I’ve Been High for Days shows each artist bringing out the best in one another while hitting a creative stride. The production across the project is left of center, atmospheric, and unlike any other contemporary instrumentation. BoofPaxkMooky’s delivery perfectly matches the otherworldly tone of the production as he flows seamlessly over the unorthodox beats. The first track “I’ve Been High For Days” acts as the perfect opener for the project with BoofPaxkMooky’s lowkey flow pulling in listeners immediately. “RED” is another stand out moment on the project with one of GRIMM Doza’s best instrumentals. The project ends strong with the personal favorite “Amounts.” The track is the perfect example of the two artists at a creative peak.I’ve Been High for Days is a pivotal moment for both artists. It acts as a victory lap for the already established GRIMM Doza and further reaffirms the massive potential of BoofPaxkMooky. Check out the project below and expect more new music from both artists soon.