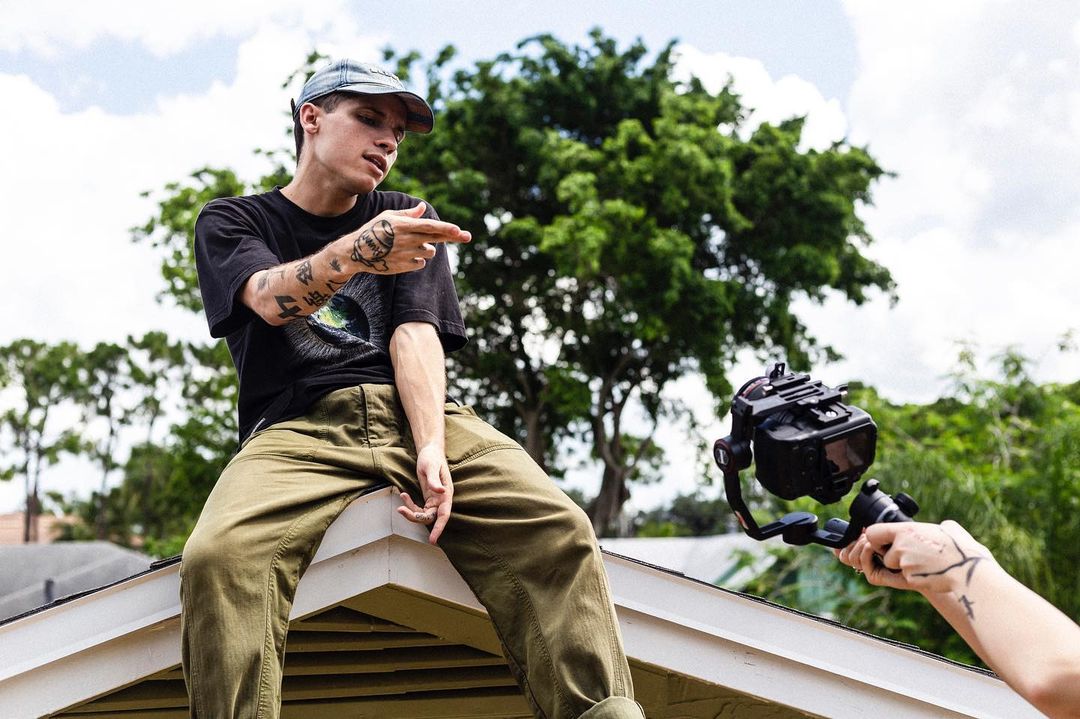 Nate Traveller’s “Kingoftheworms” is a simple, yet lyrical representation of his skills on the mic. Releasing his debut track of the year, the Florida-born artist packs endless rhymes and meaningful lyrics all in under two minutes. Better yet, his visuals and one-line guitar/bass melody allow the vocals to shine.

“Melodies until you wanna sing,

You the type to want a lot of things,

Show your family all the finer things.”

Hard at work with stars such as Dominic Fike, WesPeriod, Kevin Carpo (Capi), and Tim Anderson, the Florida collective is spearheading the state’s music revival – their joint efforts have led each individual to success in their own right. In Traveller’s short career, the musician has picked up positive momentum – amassing millions of streams on tracks from last year’s album, Hunny. Tracks like “All I C Is U,” and “Low Blow” have earned two and one million streams respectively – instantly becoming fan favorites. However, his single “You” from his early days became his most streamed single to date with four million listens. Traveller certainly has had an illustrious three years. And with “Kingoftheworms,” the 25 year old shows no signs of slowing down.