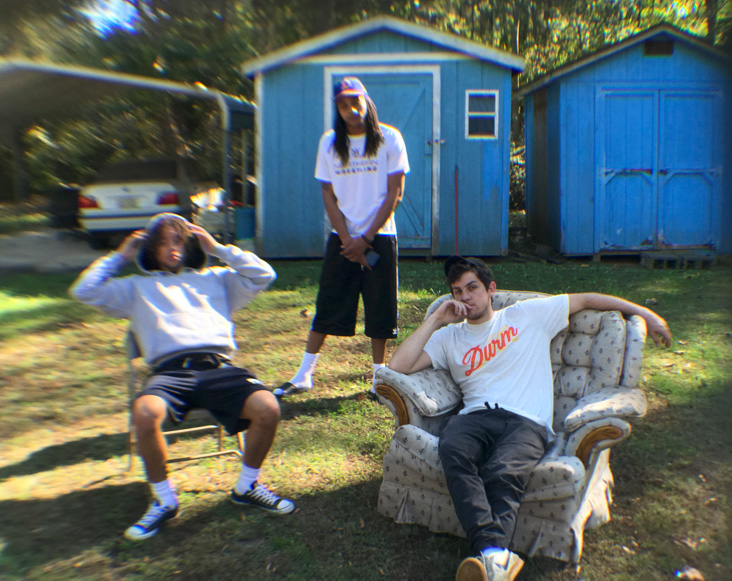 Chanting their mantra, North Carolina’s Young Bull emphasizes that “Young Bull is not an individual.” In fact, the group is anything but that. Young Bull is a Durham-based hip-hop collective which sees childhood friends, Mique and Solomon Fox, join forces with Christian Sinclair – whom they later met on SoundCloud. Building upon that, their live sets see the trio being accompanied by a full band of veteran jazz and soul musicians. When you put all of that together, Young Bull is certainly a collective, and an overtly talented one to say the least. Releasing their latest single, “Black Crown,” the group blends their southern-based sound with time-proven soulfulness and contemporary hip-hop.

You know I’m built for this shit.

You could find me these days,

“Black Crown” is all-around perfection. From the bass heavy melody, to the almost reggae-style inflection, “YB” showcases their individualistic style of rapping. In fact, their uniqueness is ahead of its time, yet still pays homage to early 90s/00s hip-hop influences. Poised for stardom, Young Bull is making waves in the music industry – already amassing millions of organic streams without the outside support other artists tend to enlist. The group has even opened for industry greats Erykah Badu and Miguel, while also earning a co-sign from Grammy-nominated recording artist, Rapsody.

Young Bull is currently gearing up for the release of their sophomore album, Windows, and with “Black Crown” as the lead-up, their forthcoming album is sure to be a certified classic.